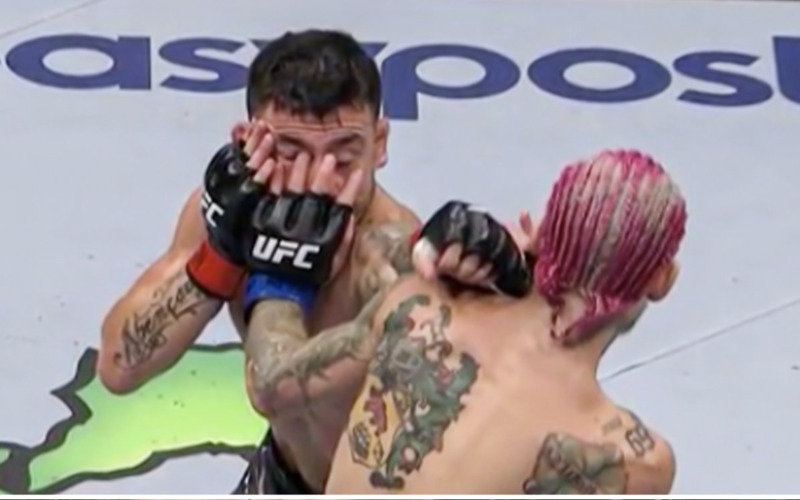 Kicking off the absolutely stacked UFC 276 main card was a battle in the bantamweight division, as Sean O’Malley took on Pedro Munhoz.

The bout, unfortunately, ended in less than dramatic fashion.

Check out the full O’Malley vs Munhoz recap below.

Nothing too eventful from this round. Both fighters took turns moving forward, with Munhoz mainly throwing leg kicks and O’Malley throwing leg kicks but mixing it up more. Munhoz’s corner did tell him to mix it up more in second and O’Malley’s corner wanted him to stay on the outside. The most eventful this from this round was an accidental groin strike from O’Malley.

This round started with more of the same-both fighters taking turns applying pressure with O’Malley landing some solid jabs and Munhoz landing more good leg kicks.

And the fight ends in a no contest as a result of an accidental eye poke from O’Malley, A terrible ending to the fight as Munhoz started out well and O’Malley was beginning to land more. No post-fight interviews for either fighter which seemed odd, O’Malley was celebrating afterward though.

Pedro Munhoz vs. Sean O'Malley was ruled a no contest after an unintentional eye poke at #UFC276 pic.twitter.com/hnk7UsST9Y

Result: Pedro Munhoz vs. Sean O’Malley Ruled a No Contest Due to Accidental Eye Poke