Alexander Volkanovski Fought with a Broken Thumb at UFC 276 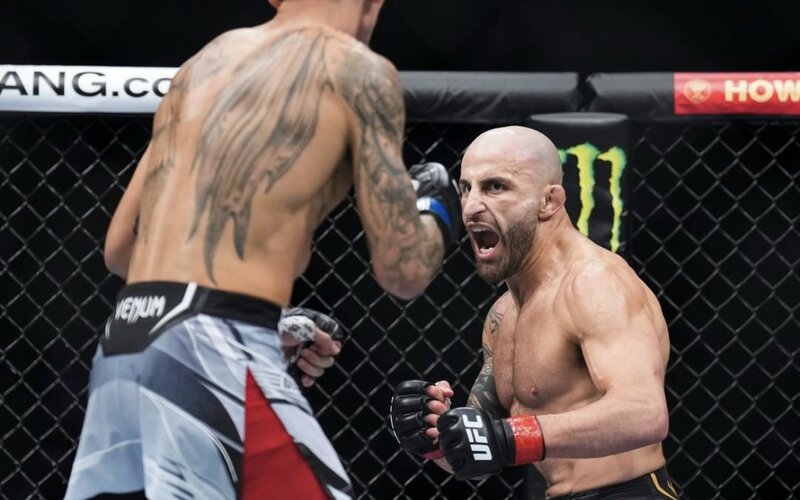 Featherweight champion and overall UFC 276 winner, Alexander Volkanovski has revealed that he fought for three rounds with a broken thumb in his emphatic co-main event demolition of former champion, Max Holloway.

‘Broke my thumb in the second round, but that don’t stop us. Having surgery today and will be out for 12 weeks. Looking forward to getting back out there, thanks to everyone for the support’.

This is the statement that Volkanovski put out on Twitter, accompanied by an X-ray of his broken thumb.

What’s most impressive is that the champion dominated almost every minute of the fight against Holloway at UFC 276. As he says, he broke his thumb in the second round, which makes the round 3, 4 and 5 statistics so impressive. He out-landed Holloway in each of these rounds.

Round three saw Volkanovski land 40 strikes to Holloway’s 30. Round four saw him out-land the Hawaiian 48 to 42 and round five saw him land 50 strikes to Holloway’s 26. The statistics, however, don’t do the performance justice. It was pure dominance at the highest order over one of the best featherweights to ever do it. Following the fight, Holloway reacted with class and humour, giving props to his opponent.

I'm still up 2-0 on knockdowns for trilogy. Prob gonna need a 4th to settle this. 😂 Just playing. Congrats to my brother @alexvolkanovski . Go get that 55 strap. You earned the shot. You're #1 P4P right now. pic.twitter.com/5lUNWZVbRA

Following his victory at UFC 276, Alexander Volkanovski teased a plan to move up in weight to compete for the lightweight belt. The belt is currently vacant after Charles Oliveira lost it on the scale in May. It’s been rumoured that Oliveria and Islam Makhachev would compete for the belt on Fight Island in October, however, nothing official has ever been set.

Who wouldn’t entertain a fight between arguably the P4P #1, Volkanovski and Oliveira for the lightweight strap? The perennial finisher, Oliveria vs the technical magician, Volkanovski would promise to be one of the most competitive title fights we’ve had in years.

With the featherweight champion notoriously previously weighing 215lbs and fighting as high as welterweight previously in his MMA career, don’t expect him to be too undersized if he does fight at lightweight. Although he’s on the shorter side, standing at just 5’6, his  71″ reach is just three inches shorter than Oliveira’s and one inch bigger than Makhachev’s.

Alexander Volkanovski vs Charles Oliveira is the fight to make. Sorry, Islam Makhachev. Gotta strike when the iron is hot and that champ vs champ super fight makes too much sense. #UFC276

Would you book Volkanovski to compete for the lightweight belt? If so, who against? Let us know in the comments below!