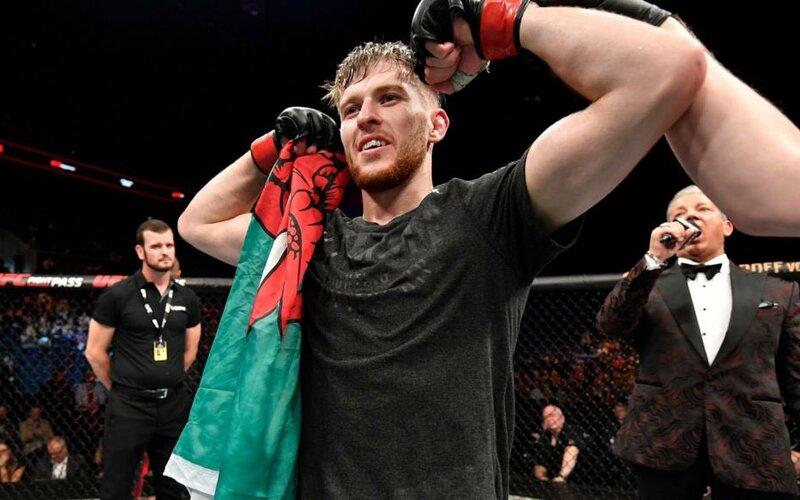 There is little doubt that Ricky Simón will be the toughest test of Jack Shore‘s career. Standing pretty at 16-0, Wales’ hottest prospect, Shore is the former CageWarriors bantamweight champion and has been flawless thus far during his career. With 12 finishes in his 16 wins, he’s struggled to finish the fight as of late, going the distance in his last three bouts. Overcoming Timur Valiev in March, Shore certainly took a step up in competition then and UFC Long Island will present yet another step up.

Jack ‘Tank’ Shore entered the UFC rankings for the first time with his win in London. His stand-up game looked far more solid, especially in the third round where he landed two knockdowns and was unlucky not to get the finish. Valiev was enjoying two straight wins but Shore was able to snap that winning streak and continue his own.

It’s on the ground where he often does his best work, however. He’s recorded eight victories via submission, including two in his first two UFC bouts. He’s managed to secure 19 takedowns throughout his first five UFC fights and this statistic will certainly be tested against Simón.

Simon has far more high-level experience than Shore having stood across from names including Urijah Faber, Rani Yahya, Rob Font and most recently, Raphael Assuncao. He’s enjoying a four-fight winning run and has made vast improvements since his back-to-back losses to Faber and Font in 2019.

Looking at the stats behind both men’s games gives an idea as to how this fight might go down. Expect all action for as long as it lasts. Simon lands 3.04 strikes per minute, absorbing 3.00. Shore lands 4.18 strikes per minute, absorbing 2.27. What this would suggest is that Shore is the slightly more active fighter and slightly more defensive-minded, however, Simon has the better defensive percentage at 64%.

It’s the grappling statistics that are really interesting. As we know, Shore is more comfortable on the ground with his impressive submission record. Simón looks to land takedowns regularly, with an average of 6.76 per 15 minutes. That leads us to ask whether he will change up his tactics against Shore and become more striking heavy rather than grappling heavy due to Shore’s strength on the mat. Simón has only been submitted once, back in 2016.

Shore has a takedown defence of 84% and Simón has an accuracy of 54%, suggesting that possibly Simón may struggle to get it down to the floor if he chooses to go down that road. If he does get it down to the ground, he’ll have to be careful not to give his back to Shore, who has a stunning seven rear-naked choke victories on his record.

The MMASucka podcast crew broke down this fight as well as the UFC Long Island main event on this week’s podcast, check it out: