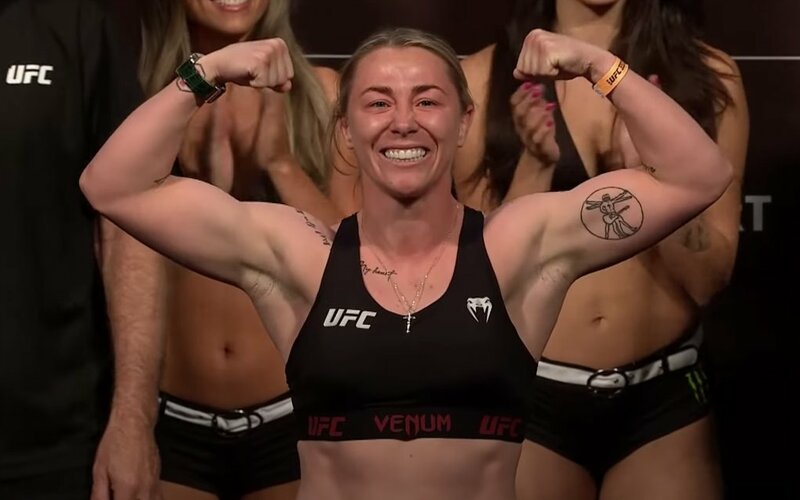 Off the back of an emphatic knockout victory, Molly McCann remains the UFC’s sweetheart, a huge fan favourite and a dangerous name in the flyweight division. Enjoying a three-fight winning run, ‘Meatball’ is has become one of the division’s biggest stars. Two of McCann’s wins have come via knockout, both of which have earned her a performance of the night bonus and the first one, against Luana Carolina is a knockout of the year contender.

Naturally, we now ask, what’s next for Molly McCann?

In her post-fight press conference, McCann respectfully called out the sister of the champion, Antonina Shevchenko.

“So I never call anyone out. It’s not for me to do. But when you talk about legacy, prestige, honour, who’s the best in the game – and it’s Valentina (Shevchenko). Am I Valentina ready? No. Am I Antonina ready? Let’s see. I believe I am. This isn’t like a diss. This isn’t like, ‘I think I’m gonna ‘F’ you everywhere.’”

The fight makes a lot of sense. Both women are fringe top 15 fighters and Shevchenko recently bounced back from consecutive losses when she narrowly outpointed Courtney Casey. Both women have also previously been ranked, meaning they are both fighting to get back in the top 15 again.

Another logical bout would be to match Molly McCann with #14, Tracy Cortez. Cortez is undefeated in the UFC but, despite being ranked, is still yet to really crossover and become a recognisable name. Her relationship with Brian Ortega has helped put her in the limelight, however, her skills should also be doing the trick.

At 4-0 in the UFC, Cortez’s biggest win was last time out when she outpointed Melissa Gatto over 15 minutes. There’s no doubt that Cortez prefers to wrestle, which would provide McCann with a different puzzle to solve if these two were matched up. For McCann, it’s a potential ranked opponent, for Cortez, it’s a shot into the limelight because when you fight Molly McCann, you know the eyes of the combat sports world are going to be on you.

#15 ranked Amanda Ribas is without a win at flyweight and yet is still ranked. She fought Katlyn Chookagian in May, however, lost a narrow split decision. Despite bursting onto the scene at strawweight, Ribas ran into Marina Rodriguez, was finished and had to go back to the drawing board.

If the Brazillian is to stay at 125lbs, she has to prove that she can win at the weight and they don’t come more game and testing than Molly McCann.