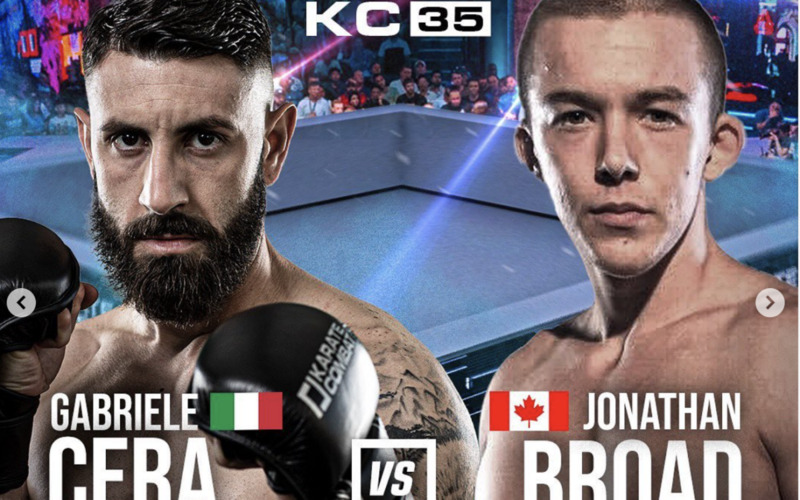 British Columbia’s own Jonathan Broad will make his way to Florida to compete in his first ever Karate Combat fight. At Karate Combat 35, the Tsawassen native will take on Italy’s Gabriele Cera.

KC 35 goes down on August 27 from the backlot of Universal Studios Florida.

Broad is 2-1 in his professional MMA career and is expected to step back inside the Battlefield Fight League cage on October 12 against Christian Tremayne at BFL 74. The man known as ‘Youngblood’ has a karate background and his fighting style definitely delivers excitement.

Cera is 1-3  and a 3rd Dan in Karate. The Italian fighter has trained in karate since the age of 6 in his hometown of Tivoli and has brought back 76 international medals.

Karate Combat 35 will feature the debut of kickboxing legend Raymond Daniels. ‘The Real Deal’ will take on Franklin Mina in his promotional debut.

You can get your tickets for the event now at karate.com/tickets.