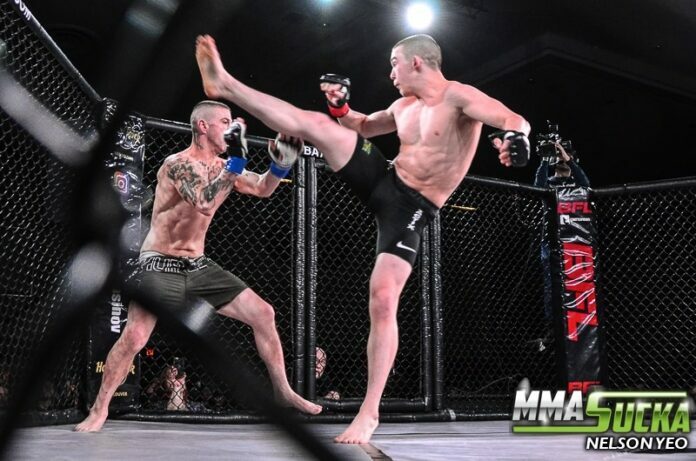 A 165-pound catchweight bout between two men making their professional debuts will square off at BFL 67, as Jonathan Broad takes on Dylan Schellenberg.

Broad (0-0) is arguably one of the brightest prospects in British Columbia. He went undefeated as an amateur, with an impressive armbar in his debut performance. And most recently, he knocked out David Kolinski in highlight-reel fashion at BFL 65 in early 2020.

Schellenberg (0-0) has decided to turn pro after a lengthy amateur career, dating back to 2015. The Canadian Martial Arts Centre product earned a 28-second guillotine choke victory against Kenny Pope at an Extreme Fighting Challenge event in 2019.

Other match-ups announced for BFL 67 alongside Jonathan Broad vs. Dylan Schellenberg are Taylor Christopher vs. Abderrahmare Haddad, Bryce Gougeon vs. Stuart Deleurme are Josh Kwiatkowski vs. Lucas Neufeld, Maria Demers vs. Jackie Maclean, as well as Ivan Hryshchuk vs. Gordon Cunningham.