Shane Burgos Signs with the PFL 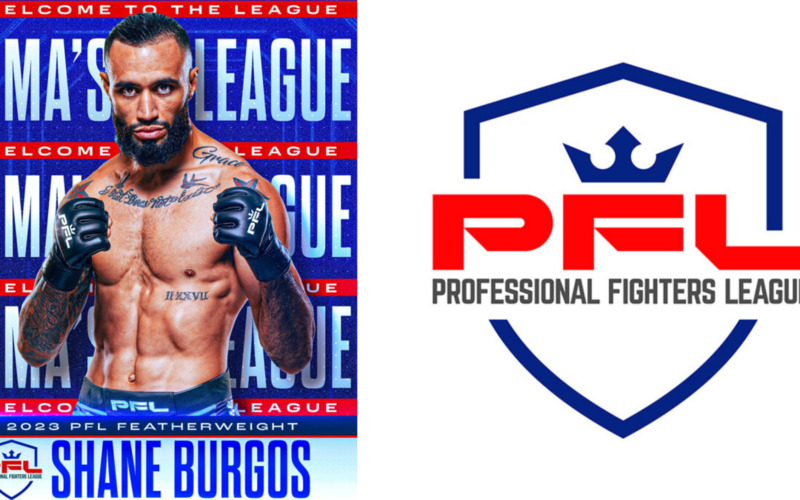 The PFL has announced yet another big name by securing the signature of Shane Burgos. Burgos entered free agency after his last fight in the UFC, a win against Charles Jourdain and clearly, the PFL was the most lucrative offer on the table for the former contender. Burgos claims that his decision wasn’t an easy one, however, revealed that he couldn’t turn the offer down from the PFL. The announcement comes at the beginning of a big week for the PFL, who make their London debut this weekend live from the Copperbox Arena.

Burgos leaves the UFC having been ranked #14 and with a promotional record of 8-3. With that being said, he was never in a boring fight. Notching four fight-of-the-night bonuses and mixing it with some of the best the UFC has to offer, Burgos was must-watch TV. He holds wins over Charles Rosa, Cub Swanson and Billy Quarantillo. His losses came to top contenders Josh Emmett, Calvin Kattar and Edson Barboza.

Burgos Departs for a Lucrative Deal

Speaking on the MMA Hour, Burgos said he’s “going to make the absolute most out of this deal. It wasn’t an easy decision to leave the UFC.” He also said, “When all’s said after the first season, obviously I plan on winning, I’ll be a multi-millionaire.”

When discussing how many UFC fights he would have to fight in order to make the same money as he would for one of his PFL fights, he simply answered “Yeah multiple, yeah“.

With the deals that the PFL are offering their new signings in recent times, don’t be surprised to see a whole host of recognisable names enter the promotion. Recently retired Rory MacDonald was one of the promotion’s biggest signings in recent times and alongside Kayla Harrison was one of the more recognisable names on the roster.

We expect Burgos to make his debut in an off-season fight later this year before entering the 2023 tournament.