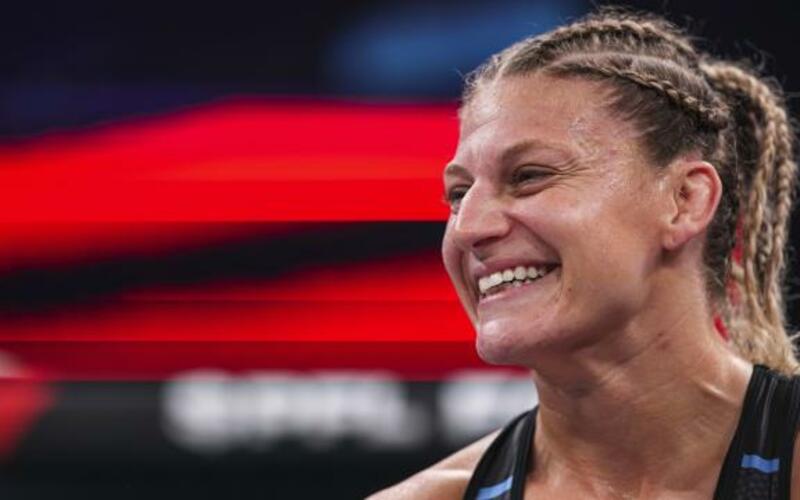 The PFL return to London with an exciting card headlined by Kayla Harrison and Martina Jindrova. During media day, Harrison was quizzed by a number of different media outlets. Harrison spoke with MMASucka to discuss her upcoming opponent stating that:

“Right now, Martina is the toughest opponent because she’s my next fight and everyone’s tough until you beat them so she’s who I’m focussed on and we’ll cross that other bridge when we get to it”

Speaking like a true professional, it’s clear to see that Harrison is laser-focused on her upcoming clash, however, no one could blame her for potentially being over-confident coming into the bout. Harrison is a two-time Olympic gold medalist in Judo, picking up her first gold in London during the 2012 Olympics. Describing what it was like to return to London, Harrison said:

“It’s fantastic. Honestly the vibes, the atmosphere, it’s all on point and I feel really good, I feel at home and I’m excited to put on a show Saturday night“

When asked about catching up with a former teammate and Brit, Brad Pickett, Harrison responded:

“It’s been great. He and my coach Mike Brown go back a long way so to have all of them there and to go check out GB Top Team has been really fun for me. I’ve really enjoyed it, I’ve got a good group there, a solid base and an amazing training facility so it’s been awesome“

Harrison also spoke to other media outlets and one aspect that stood out is that she would “Absolutely” fight Amanda Nunes now that she’s left American Top Team. She also commented saying that the Brits are a “Passionate crowd, I’m a passionate fighter and I think when you put the two together we’re going to have a great night”.

Elsewhere on the card, Brit, Brendan Loughnane takes on UFC vet, Chris Wade in a fight that has bad blood written all over it and exciting prospect, Dakota Ditcheva makes her promotional debut. You can catch MMASucka’s full interview with Ditcheva here.

Image courtesy of the PFL