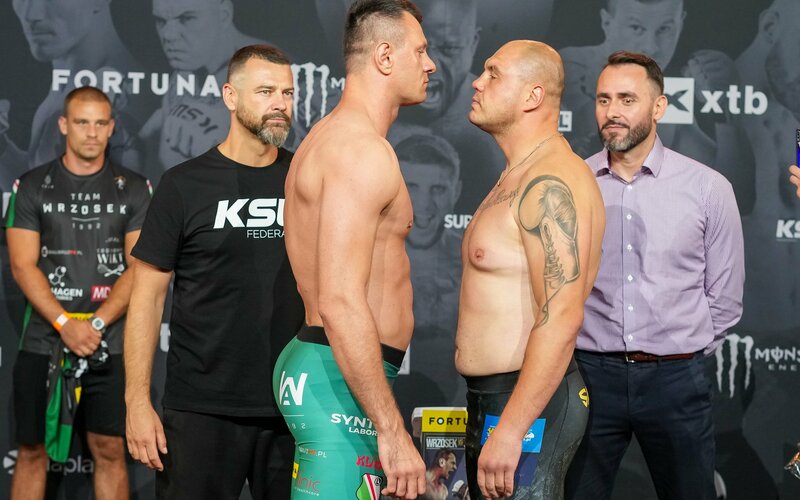 On August 20 local hero Arkadiusz Wrzosek will make his MMA debut at the Torwar Arena in Warsaw. His rival will be the legendary Polish kickboxer Tomasz Sarara.

Wrzosek is one of the best kickboxers in Poland. His achievements include many Polish championship titles and the FEN heavyweight championship belt. In 2018 he joined Glory, where he fought on four different occasions.

The Pole became famous by taking on Badr Hari at the Glory 78 in Rotterdam last September. Wrzosek was clearly losing the duel with the Moroccan, but in the second round, he threw a kick, which secured him the most valuable win in his career and great publicity in the world. It was voted 2021 Knockout of the Year in Glory.

The rematch between Wrzosek and Hari took place on March 19 this year. The bout was interrupted after the second round due to spectators’ riots in the hall in Hasselt, Belgium.

Sarara followed a similar path as he also was an acclaimed kickboxer before making the jump to MMA. A multi-time national champion under various rulesets, he held both the FEN K-1 under 95 kg title and DSF Kickboxing +91 kg championship. He sports a 41 – 7 kickboxing record and was enjoying an impressive 21-fight winning streak. He made his Mixed Martial Arts debut at KSW 62 where he defeated Filip Bradaric by TKO in the third round.

It’s almost time! Are you ready⁉️

Rutkowski is a former contender for the KSW featherweight championship title. At KSW 68, he faced the champion Salahdine Parnasse. The loss in title fight ended his amazing 14 fights winning streak. He is a former FEN and Babylon MMA champion. In his KSW debut, he defeated Filip Pejic with one of the most spectacular knockouts of 2021 in Polish MMA.

Vieira has been fighting in MMA since 2009. He is the winner of The Ultimate Fighter Brazil, thanks to which he was awarded the UFC contract.  He has won by submission 11 times in his career, and his favorite finishing technique is the guillotine choke.

Arkadiusz Wrzosek def. Tomasz Sarara via TKO (Strikes), 3:55 of Round 3

Dominik Humburger def. Borys Borkowski via TKO (Punches), 2:30 of Round 2