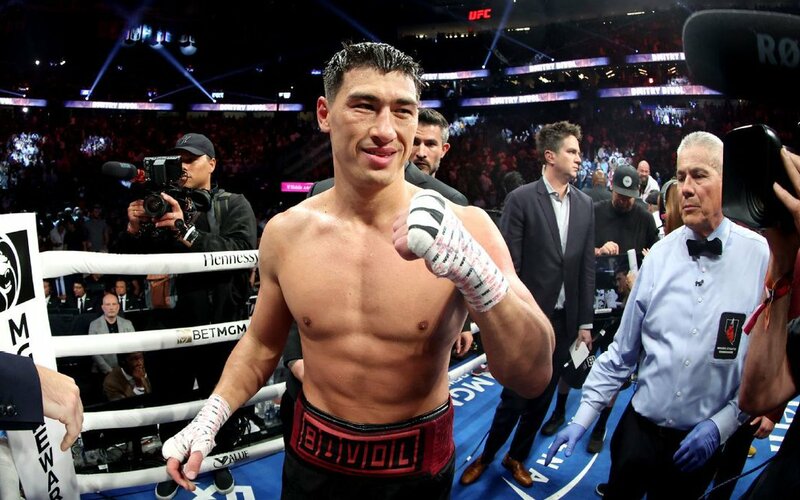 After weeks of negotiating for the fight, the World Boxing Association (WBA) were able to grant Ramirez who was the mandatory to Bivol’s title an opportunity set for November 5th in a Abu Dhabi.

Dmitry Bivol and Gilberto "Zurdo" Ramirez have agreed to a deal for a WBA light heavyweight title fight that will take place Nov. 5 in the United Arab Emirates, the organization announced. Bivol coming off upset victory over Canelo Alvarez. https://t.co/VQvQfeuGR7

Dmitry Bivol (20-0) had undoubtedly one of the biggest upsets in recent memory when he outclassed Canelo Alvarez this past May. Though many knew going into the bout Bivol would be a hard test for the undisputed super middleweight champ, Bivol didn’t just prove those theories right but went as far as to make it seem Canelo didn’t even belong in the ring with him.

A rematch is on the horizon barring any setbacks along the way as Canelo is getting set for a fight of his own in a trilogy bout against rival, Gennadiy ‘GGG’ Golovkin this September 17th.

Should Canelo defeat the Kazakhstan star once again and Bivol defeats Ramirez then it is all but a sure thing both winners will meet most likely in May of 2023 for a rematch. However, neither of those victories are guaranteed as many know Canelo hasn’t had an easy 24 rounds with Golovkin and furthermore Ramirez is no slouch in his own right.

Gilberto ‘Zurdo’ Ramirez (44-0) runs a perfect record and has held the WBO super middleweight title. He has been yearning for a big fight for years now, and though he didn’t get a big fight against Canelo like he has been asking for, facing off against one of two men to defeat him in the last 10 years is a great conciliation prize.

Ramirez’s last outing was a fourth-round knockout win against Dominic Boesel in May. With 33 of his 44 wins coming by stoppage, Ramirez has proved he brings power into the ring, and with a crafty boxer like Bivol, catching him with a patented power shot will be pivotal to defeat him.