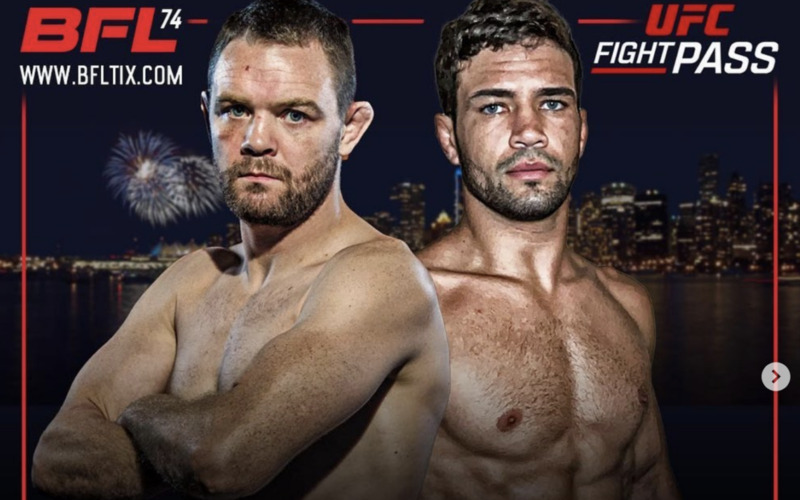 It was announced in July that Tristan Connelly would make his return to the Battlefield Fight League cage, after his stint with the UFC. On Friday morning, the promotion announced that the Pinnacle MMA product would face off against Xavier Nash at BFL 74.

3 time @ufc veteran @mmatristan will face @x.nashmma at 155lbs as one of the 8 massive main card matchups on @ufcfightpass”

Connelly (14-8) is coming off back-to-back losses under the UFC banner. Prior to those blemishes, the 36-year-old was riding a five-fight winning streak dating back to 2018.

Nash (6-5) fought at BTC 14 and lost a split decision to Scott Hudson in March of this year. He had two fights lined up following that loss, however, they never came to fruition. The Ontario native was riding a three-fight winning streak prior to that loss.

He is 2-1 under the BFL banner, winning against Shawn Albrecht and Ash Mashreghi, with his loss coming at the hands of Mario Pereira.

BFL 74 goes down on October 12 from the Harbour Event Centre in downtown Vancouver and if you can’t be there in person, you can catch the action live on UFC Fight Pass.