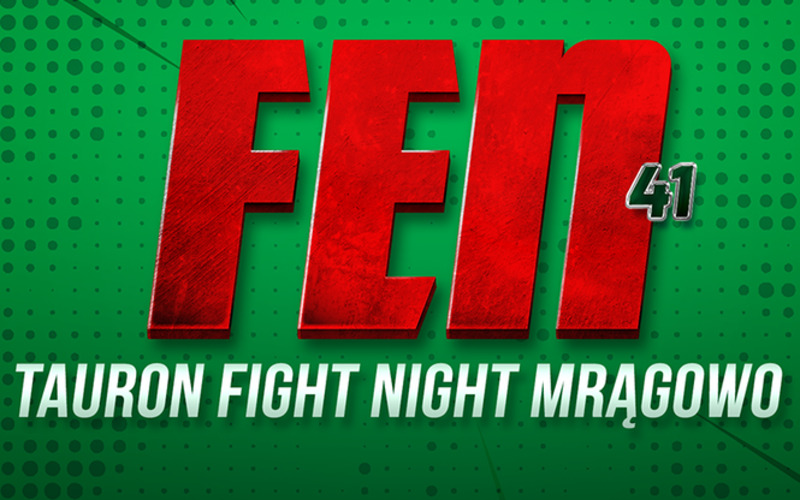 FEN 41 TAURON Fight Night Mrągowo will be headlined by a light heavyweight bout between Bartosz Szewczyk and Dimitriy Mikutsa. The event will also include other promising fighters from Poland such as Marcin Filipczak and Kamil Paczuski.

Previously the fight card was to feature a bantamweight title defense by a now former champion Ekaterina Shakalova against Finlands Suvi Salmimies. However, the Ukrainian fighter overshoot the weight limit by 4 kilograms (9 lbs) and as a result was stripped of the title and the fight was canceled.

Szewczyk vs. Mikutsa serves as a new headliner

Szewczyk sports a 4-1 professional MMA record. A member of the renowned Ankos MMA gym harnessed his skills on the amateur circuit, where he stacked a 6 – 2 balance. After making his professional debut at FEN 32 he went on a three-fight winning streak. It was stopped by a KSW and RIZIN FF veteran turned PFL fighter, Szymon Bajor at Fen 37. Since this second-round submission loss, Szewczyk bounced back by beating Ezequiel Silvino at FEN 39.

Mikutsa has an 11-6-1 record and is a Russian MMA circuit veteran and M-1 Global and ACA alumni. The Ukrainian fighter will make his FEN debut, as he holds a sole victory over Polish representative, Karol Celiński.

In the co-main-event the undefeated Bartosz Szewczyk, who comes out of the victory over Marsel Sychev at Ares FC 2, will take on Gromda bare-knuckle boxing veteran Karol Żołowski. In the sole K-1 bout Kamil Paczuski will square off against Karol Łasiewicki. The fight card will also feature three amateur bouts.

Paweł Biernat def. Karol Żołowski via TKO (Knees to the grounded opponent), Round 1