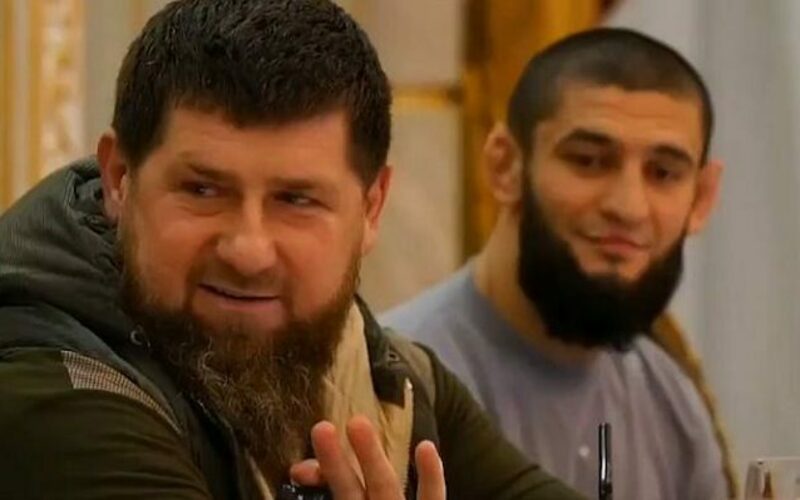 The broadcast ban on Russian athletes in Poland jumps to another level as Nate Diaz vs. Khamzat Chimaev will not air in the country. It’s the first occurrence when such high profile matchup will not air due to the ban.

It was revealed by Polsat Sport employee, Paweł Wyrobek, that the TV station will not air the UFC 279 headliner. The reasons behind the decision are due to Chimaev’s ties to Chechen dictator Ramzan Kadyrov and the aforementioned ban.

Ramzan Kadyrov, the head of the Chechen Republic, claims he convinced Khamzat Chimaev not to retire.https://t.co/R0zCXDQosm

Chimaev vs. Diaz serves as UFC 279 main event, which will take place this Saturday at the T-Mobile Arena in Las Vegas. This particular matchup generated a lot of interest in MMA community worldwide as it will be Diaz’s last fight in his contract. On the other side, ‘Borz’ will be looking to continue his winning streak and keep his unbeaten status.

However, according to Wyrobek, Polsat – the Polish TV broadcaster that airs UFC events since 2018 starting with UFC 220 – will not air the fight. As it became customary for all broadcasters in Poland, the ban on Russian athletes will be in effect. It’s the second time when it keeps Chimaev’s fight from airing, as his fight against Gilbert Burns also wasn’t shown.

“Will there be a broadcast of the fight of the night in Polsat Sport? There has been no Khamzat fight recently, but all in all, this position on the show on the official website of the station is a bit misleading. “

The aforementioned ban was put in effect back in February, just after Russia’s military entered Ukrainian territory. However, it didn’t start well as TVP Sport – a channel that is a part of the Polish national broadcaster – which airs Bellator events showed Kirill Sidelnikov fight against Gokhan Saricam at Bellator 275. The problem was not only Sidelnikov being a Russian, but also Fedor Emelianenko’s protege. The former member of Vladimir Putin’s administration made it on camera and by so – on TV screens. The event took place on February 25th, just 24 hours after the beginning of the Russian invasion.

Since then both TVP Sport, which also airs ONE FC events in the country, and Polsat Sport didn’t air any fights of the Russian fighters. Instead, the viewers were presented with a message that the particular fight will not air.

However, there were some exceptions to this rule, as Polsat aired Mateusz Gamrot fight against Arman Tsarukyan. The Polish fans also witnessed Aljamain Sterling’s title defense against Petr Yan at UFC 273. All because Yan openly took a stance against the Russian invasion of Ukraine.

The Polish MMA community followed the trend as KSW released any Russian fighters from their contract. Also, Polish fighters asked and were granted their release from Russia-based ACA promotion.