Timeline: How We Got To Xiong Jing Nan and Angela Lee’s Epic Trilogy Bout 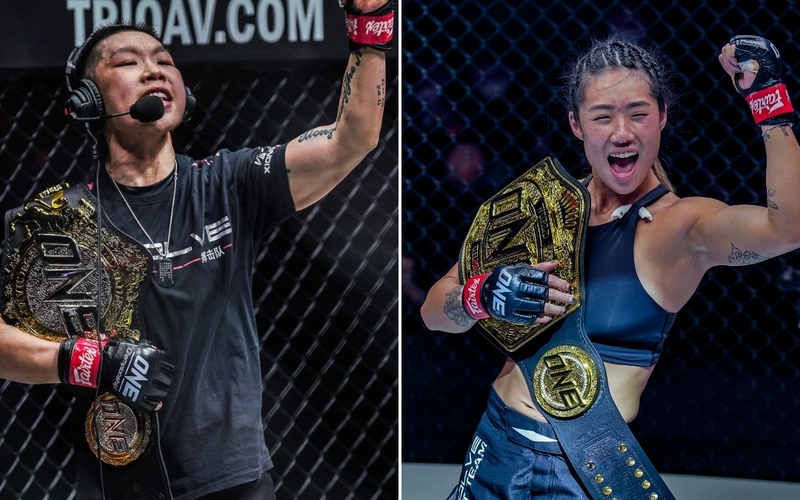 Angela Lee and Xiong Jing Nan are set to embark in the third matchup between the two ONE Championship World Champions and the rivalry is currently deadlocked at one win apiece.

The trilogy bout will take place on Friday, September 30, at ONE on Prime Video 2: Xiong vs. Lee III from the Singapore Indoor Stadium. But getting to Lee’s next bid for the ONE Strawweight World Championship was not a given.

The first meeting was set up after the United MMA star’s impressive 6-0 start to her mixed martial arts career, which saw her become the ONE Atomweight World Champion at 19. After three defences of her crown, she sought to make more history by becoming a two-division queen.

At ONE: A New Era in Tokyo in 2019, she got her crack at Xiong and the strawweight crown.

Lee showed herself well in the contest and nearly dethroned Xiong, but the will of the Chinese star was too much to allow her to succumb to any submission. “The Panda” battled back, and a tired Lee struggled to keep the pace as Xiong laid in heavy punches. After a body kick collided with Lee’s midsection, she was sapped of her energy, and Xiong’s flurry was enough to call off the contest.

Seven months later, Xiong tried her hand at history. The Evolve MMA star dropped to atomweight in an attempt to dethrone Lee. Once again, an epic battle ensued over the course of five grueling rounds.

This time it was Lee who pulled out the epic victory. Her ground advantage reared its head late, and she was able to sink in the rear-naked choke on Xiong. The successful defense meant both women successfully defended their titles against one another and remained peerless at their natural weight.

While the two stars remain at the head of their divisions, much has changed since that last meeting.

Lee became a mother to a beautiful baby girl and returned to action in 2021 against Stamp Fairtex. Once again, she had a flair for the dramatic by overcoming a brutal body blow from the challenger before exerting her dominance on the ground for a submission win.

Xiong returned to strawweight for three successful title defenses, but each bout went the full five rounds. Tiffany Teo, Michelle Nicolini, and Ayaka Miura all fell victim to Xiong. Whether she was tested or reigned with an iron fist, Xiong found the finish elusive as each challenger came prepared to survive “The Panda’s” pressure.

With both women standing tall over their competition, it was the right time to revisit their series.

On September 30th, they will step back inside the Circle against one another to see who can gain the upper hand in the series. It is Lee’s turn to reattempt history, but Xiong is trying to keep the rise of Chinese MMA rolling following Tang Kai’s historic victory last month.

In one of the best rivalries in the sport, fans will be treated to the latest instalment on a massive platform as ONE returns to Prime Video.