Musumeci Explains Why Trilogy Match With Sousa Is ‘Must See’ 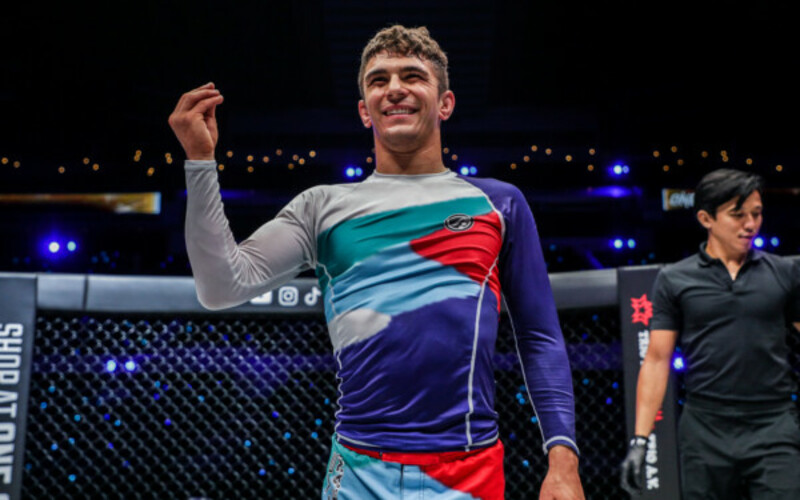 Mikey Musumeci has been a breakout star in the world of Brazilian Jiu-Jitsu, and on Friday, September 30, he will get a chance to bring the sport to new heights at ONE on Prime Video 2: Xiong vs. Lee III. He will take on Cleber Sousa for the inaugural ONE Flyweight Submission Grappling World Championship, but it won’t be the first time they have met in competition.

In 2017, prior to winning the IBJJF World Championship, the two met twice, with each man taking a victory against the other. In their first meeting at the 2017 Pan Jiu-Jitsu IBJJF Championship, Sousa won by a referee’s decision. Next, Musumeci won on points at the 2017 Abu Dhabi World Professional Jiu-Jitsu Championship.

Musumeci’s focus on always improving has allowed him to learn from his losses. Following his 2017 loss to Sousa, Musumeci reeled off 25 consecutive wins before dropping a match in an absolute division contest. But at his own weight, Musumeci has been peerless as of late.

“He’s a tough guy, just a really tough solid guy. Like, he’s one of those guys who’s really hard to do things to, you know. Like, it doesn’t matter what you’re doing to him. He’s just solid and tough. And he doesn’t give up. He pushes forward, he pushes the pace, he tries to break you mentally, right? So he’s one of those types of matches,” said “Darth Rigatoni.”

The talented submission stylist is now looking forward to the rubber match. Not only will it give him a chance at a world title, but he knows Sousa will push him to be at his best for the matchup. Perhaps even more importantly, the ONE Championship submission grappling ruleset emphasizes submission attempts and aggression, which Musumeci noted will play a vital role in the upcoming title tilt.

Ahead of the inaugural ONE Flyweight Submission Grappling World Championship bout, Musumeci’s mind is already racing with ideas of how the match will play out. He expects a fast-paced battle on the canvas, forcing Sousa to react continuously to his moves. If it plays out, the world may be in for a treat with a tantalizing grappling bout at ONE on Prime Video 2.

“Cleber should give me some really interesting reactions to the moves I’m working on. And we’ll see if I have the answer to how he defends the moves I’m working with. You know, my game is very straightforward. I’m always doing certain sequences, and I’m attacking every second, and my opponent, it’s on them,” said Musumeci.

“Could they defend what I’m doing? Do they have the answer to defend? And if they do, it stops my position, and if they don’t, I get it, right? So we’ll see his answers to what I’m working with.”