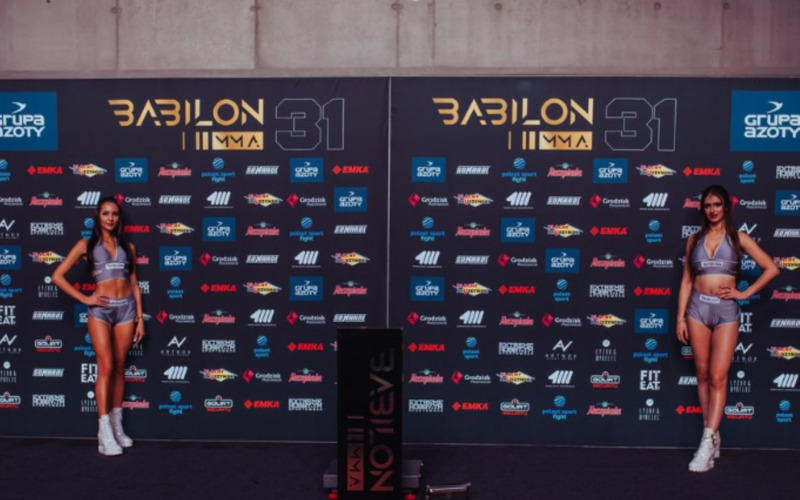 Babilon MMA 31 takes place on October 28 in Grodzisk Mazowiecki. It is headlined by Adrian Błeszyński’s return to the cage. The Silesian fighter healed all his injuries and a few weeks ago won a professional boxing fight at the Babilon Boxing Show in Bielsko-Biała. His opponent at Babilon MMA 31 will be Dagomir ‘Dago’ Zimmer.

Błeszyński is a Fight Exclusive Night veteran who made his Babilon MMA debut back in 2019, and currently holds a 1 – 2 – 1 record in the promotion. A multi-sport athlete, who also competes in both boxing and kickboxing, will be looking to put an end to his 2 fight-losing streak in MMA.

Zimmer is a product of the Polish MMA circuit who has a 4 – 2 record and will make his Babilon MMA debut.

Jan Lodzik is a 27-year-old boxer who sports an unblemished 9-0 record. However, when it comes down to kickboxing, he has a professional record of 15-3. He is the Polish K-1 champion and also held the championship gold in the once-leading promotion, DSF Kickboxing Challenge. Lodzik is also a three times amateur World Cup winner and European and World Championship medalist.

Maciej Zembik, who has a 21 – 9 kickboxing record, also is no stranger to the championship gold. He is the MFC and WKN champion, and in addition, he is still actively and regularly competing in the K-1, while Lodzik focuses more on professional boxing lately.

Paweł Całkowski def. Piotr ‘Tadek’ Drozdowski via Submission (Kneebar) at 4:55 of Round 1

Szymon Rakowicz def. Adam Łazowski via TKO (Doctor’s Stoppage) at 5:00 of Round 2

Maciej “Smok” Smokowski def. Mateusz ‘Arni’ Paskuda via TKO at 0:22 of Round 1

Paweł Oleszczuk def. Michał ‘Benek’ Bednarski via Submission (Rear-Naked Choke) at 1:45 of Round 2

Amateur Bout: Rafał Radosz def. Daniel Maladyn via TKO at 0:33 of Round 2