Jarred Brooks Declares ONE Championship Is ‘Way Better’ Than The UFC 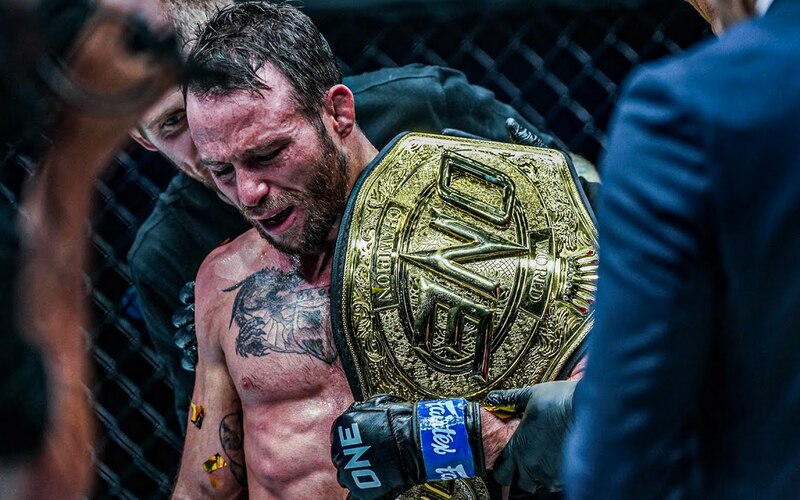 Jarred Brooks has become one of the most fascinating stories over the past year since joining ONE Championship in November 2021. That story’s next chapter got gilded edges at ONE 164 when Brooks took home the ONE Strawweight World Championship. In a skilled and controlled showcase, Brooks bested Joshua Pacio in front of the Team Lakay standout’s home audience in Manila.

When the decision was read, and ONE Chairman and CEO Chatri Sityodtong gave him the massive gold belt, Brooks collapsed in an emotional heap. Those emotions spilled over into the post-match interview. “The Monkey God” praised the Filipino crowd and then made an emphatic statement on how he’s been treated as an elite athlete between the major promotions he has competed under.

“I love this promotion [ONE Championship]. This is the best promotion in the world, and I’ve been treated like royalty. With all due respect, this is way better than the UFC,” shouted Brooks.

It is easy to see why Brooks feels this way. Although one of the top flyweights in the world, including a highly-contentious decision loss to Deiveson Figueiredo, he was unceremoniously released by the UFC following a win in 2018.

After some time spent in Rizin, Brooks signed with ONE in 2021. Since then, he has been promoted as a star. ONE has routinely shared his highlights and his trash talk across their platforms. They have shared his rap diss tracks on his opponents. And, at ONE 164, they put his name atop the marquee in a World Championship matchup.

Praise for ONE from athletes is nothing new. In fact, it is only growing. Most recently, at ONE on Prime Video 4, UFC Lightweight World Champion Islam Makhachev stated how much he was impressed with the promotion. Now it is Brooks who is highlighting the difference between the two organizations from someone with first-hand experience under both umbrellas.

Still, the focus goes on Brook’s performance. He is finally getting his due as one of the best mixed martial artists in the world. It has been a long road to gaining respect for the 29-year-old, but now that he carries around the ONE Strawweight World Championship, he will force people to give it to him.

Brooks has been a fantastic addition to the ONE strawweight scene, and he has infused it with his personality and skills. It is a great sight to see that he is getting recognition from a promotion that clearly values what he brings to the table.