The Old Tyson Fury is Back and Better Than Ever 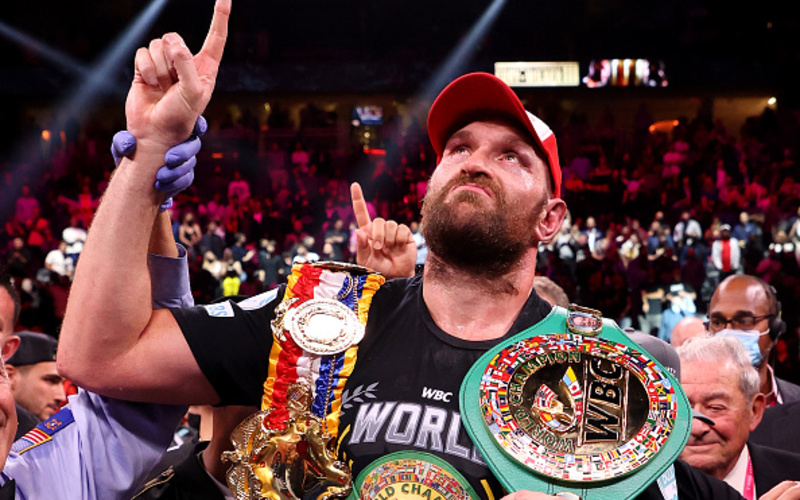 Saturday night there was a legalized public beating that took place in Tottenham Hotspur Stadium led by Tyson Fury. The Lineal and WBC heavyweight champion had his third matchup with his fellow Englishman Derek Chisora and based on how the first two went, this result was not surprising.

Tyson Fury started the fight doing what he did prior, almost identical really and used his length, uppercuts, and strength to make this as non-competitive as it could be. Fury made the bout look easy and in the end, he got what he wanted which was that easy fight and a confrontation with who he really wanted afterward, Oleksandr Usyk.

Usyk wanted time off after dispatching Anthony Joshua for a second time this summer, he is getting it. What fight fans hope he gets next is Tyson Fury which is what seems to be shaping up.

We all got a preview of what fun could be in store for the build-up when Usyk stood on the side of the ring and allowed for Fury to badger him while he looked on with a menacing smile.

This version of Fury is what was needed to defeat the long-standing heavyweight king in Wladimir Klitschko and get to that high-profile Deontay Wilder bout. The thing is though that Fury will have to be his old self to promote this fight as Usyk is notably quiet, but is that a path Fury can handle going down again?

Fury just spoke last week about his mental health struggles flaring up again. Talks about how much he hates fighting but he needs it to survive in life, is that a plan and approach for someone built mentally like Usyk? It will be the ultimate duel between two of the best fighters in the world today and in Fury’s case in the division’s history.

Regardless of how the bout may go, the build-up is going to be memorable. It is going to be a great 2023 for boxing but the mental health of Tyson Fury will hopefully not become the bigger story than his record in the year for both the benefit of him and fight fans alike.