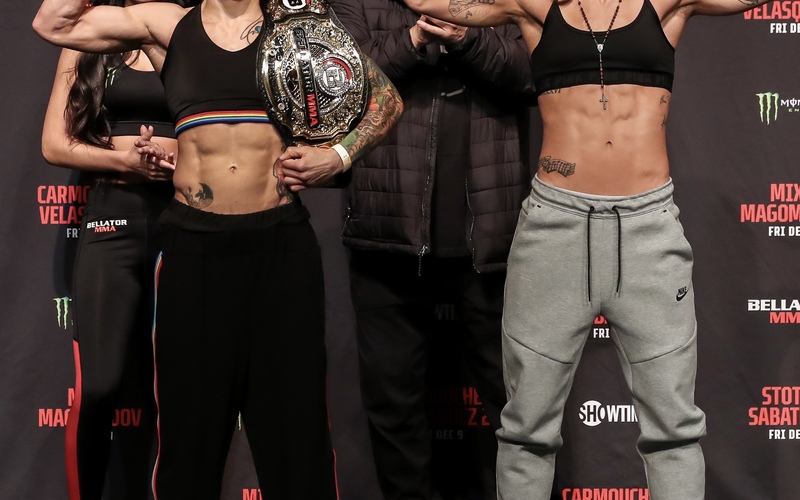 Only four events remain in the season for our MMASucka staff picks.

Bellator 289 will take place later tonight, December 9th from the Mohegan Sun Arena in Uncasville, Connecticut. This marks the promotion’s 45th event from the resort since the promotion’s beginnings in 2009. The preliminary card is set to begin at 5:00pm ET (2:00pm PT) on YouTube with the main card at 9:00pm ET (6:00pm PT) on Showtime.

In the night’s featured main event, Raufeon Stots and Danny Sabatello will battle for the interim Bellator bantamweight championship. The fight comes as a semi-final matchup in the promotion’s 135-pound Grand Prix tournament.

The interim title went into the hands of Stots with his third-round knockout and tourney advancement over Juan Archuleta in April earlier this year. A lone defeat in mid-2017 to Merab Dvalishvili sits the former NCAA Division II wrestler’s only professional blemish through 19 fights as his 20th walk tonight will be his first Bellator main event. Stots’s opponent, Sabatello, looks to play spoiler having moved through with his “Wild Card” decision over then-undefeated Jornel Lugo and his five-round, quarter-finals decision over former LFA champion Leandro Higo. Victory tonight would be eight-straight for the rising American Top Team talent in only the former Titan FC title holder’s fourth appearance with the promotion.

The winner between Stots and Sabatello will transfer through to the finals against the winner of Magomed Magomedov and Patchy Mix, another main card pairing tonight. Former ACB bantamweight champion Magomedov found his path with a fourth-round submission over Enrique Barzola in June as former KOTC bantamweight champion Mix won his third in-a-row with his quarter-final decision over Kyoji Horiguchi in April.

Bellator’s flyweight championship will be settled in a co-main event rematch between current champion Liz Carmouche and challenger Juliana Velasquez. Their April meeting saw Carmouche take the title after mounting Velasquez in a crucifix position before securing the technical knockout late in the fourth round. The finish, however, was deemed an early stoppage and saw an attempted appeal by Velasquez’s team (to no avail).

Find our Bellator 289: Stots vs. Sabatello picks below.

Staff Records after UFC on ESPN 42: 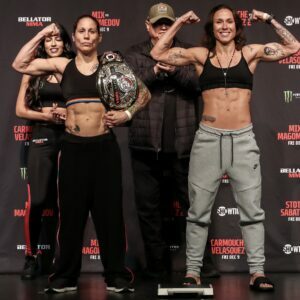