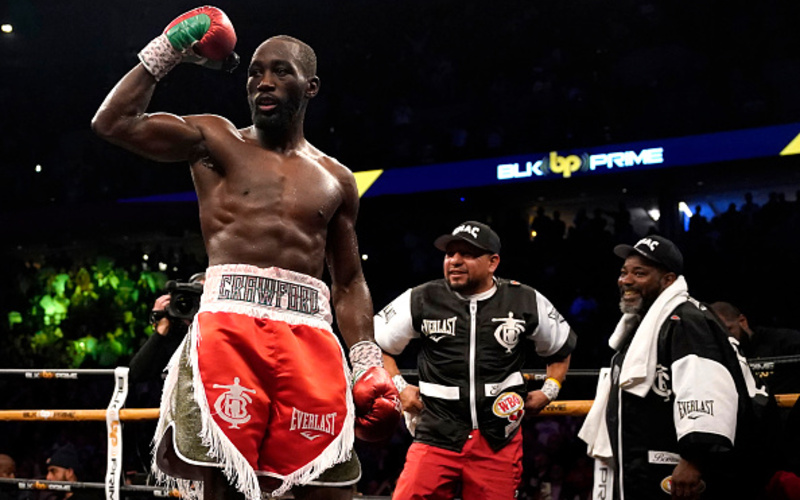 Terence ‘Bud’ Crawford returned to his native town of Omaha, Nebraska in a dominant win over David Avanesyan in the final seconds of the sixth round to retain his WBO welterweight championship.

Terence Crawford Puts Away David Ayanesyan in Round Six

Crawford (39-0, 30 KOs) had much success against Avanesyan (29-4-1, 17 KOs) who, to the surprise of no one, came into the fight primed and ready to put on a show, despite that ‘Bud’ never lost control or composure in the ring.

It was in round six where Crawford stepped into another gear and started landing hard shots flush, giving what many believed to be the gap in talents between the two combatants.

Avanesyan did show flashes of success but in those moments during round four and on was when Crawford would overwhelm him with his pressure and speed to land precise blows.

Once the knockout came in the sixth, it was a vicious right hook that was preceded by a strong combination of punches and laid Avanesyan out on the canvas, unable to get back up. He did eventually appear to be okay after regaining consciousness.

When asked about his performance Crawford said:

When asked about a potential fight against unified WBC, WBA, and IBF champion Errol Spence Jr, Crawford stated the following:

“I’m a free agent. This was a one-fight deal. Hopefully these big fights come about in the near future.”

As it stands currently, Errol  Spence Jr. was in talks about a potential welterweight showdown with Keith Thurman. Should the fight fail to materialize, the boxing world eagerly continues to have hope of a super fight between Spence Jr and Crawford to unify the 147 lb division.