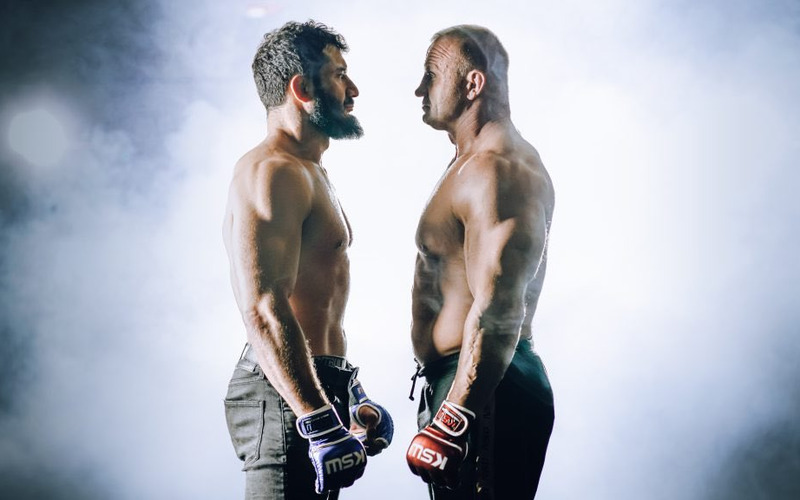 XTB KSW 77 will take place on December 17 in Gliwice. The stacked fight card will be headlined by a clash between two legends of Polish MMA: Mariusz Pudzianowski and Mamed Khalidov.

Pudzianowski’s MMA debut fight against Marcin Najman at KSW 12 was a turning point for both the Polish MMA community and KSW itself. This bout elevated the sport and the promotion to the mainstream level as it was the first time that an MMA fight card was aired on a major TV station. But it was Khalidov who was pushed as the face of KSW when it came to the sports side of things.

Pudzianowski will make a return to the cage after his most recent win over the former KSW middleweight champion Michał Materla. ‘Pudzian’ knocked out ‘Cipao’ at KSW 70 back in May this year. It was his fifth consecutive win and there was talk of his potential heavyweight title fight against Phil De Fries, but apparently, the promotion had other plans for the legendary former strongman.

Khalidov has not fought in the KSW since losing to Roberto Soldic in December 2021. He lost the middleweight championship belt to ‘Robocop’, who is no longer in the KSW. Khalidov holds victories over such individuals as Materla, Scott Askham, and Luke Barnatt. 31 of the 35 wins in his career were won by knockouts.

KSW 77 co-main event is the long-awaited bantamweight title fight between Sebastian Przybysz and Jakub Wikłacz. The two of them were supposed to face each other in the first half of this year, but Wikłacz’s injury thwarted these plans. Meanwhile, Przybysz defended his belt against Werlleson Martins, who he submitted at the KSW 69. Wikłacz, on the other hand, returned to full health and defeated Bruno Augusto Dos Santos at KSW 71.

Mamed Khalidov def. Mariusz Pudzianowski via TKO (Punches), at 1:54 of Round 1

Patryk Kaczmarczyk def. Pascal Hintzen via TKO (Body shot and punches), at 1:03 of Round 1

Michał Domin def. Patryk Likus via Submisssion (Triangle choke), at 4:33 of Round 3

Yann Liasse def. Adrian Gralak via Submission (Rear – Naked choke), at 2:37 of Round 2

Shamad Erzanukaev def. Carl McNally via Submission (Rear – Naked choke), at 2:48 of Round 2

Wiktoria Czyżewska def. Oleksandra Karaseva via TKO (Strikes), at 1:12 of Round 1

The time is nearly upon us – Khalidov vs Pudzian. The best Christmas present MMA has ever received. The most stacked card of the year, some incredible fighters will take to the cage on Saturday. Don’t miss #KSW77 and check out my preview below.https://t.co/m0Cvgc9prt pic.twitter.com/tfrqQ00imp