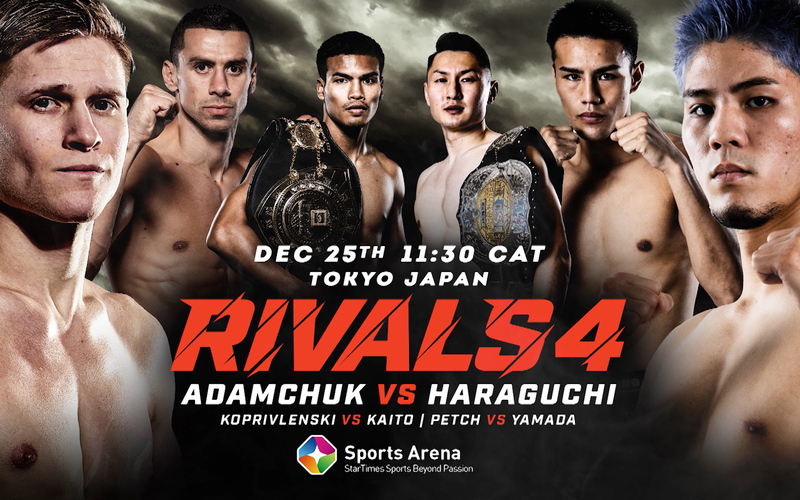 The Japanese fighter is thought of as the next big thing for RISE after Tenshin Nasukawa has left the promotion and the sport of kickboxing in general. This push into stardom was exemplified by pitting Haraguchi against GLORY Featherweight champion, Petpanomrung Kiatmuu9 on two different occasions. Their second bout was to determine a new World Super Lightweight champion, previously held only by Nasukawa himself. Despite two losses to the Thai fighter Haraguchi won all the rest of his bouts stacking up 14 wins in his record.

This will be Adamchuk’s return bout after a 14-month-long hiatus. His last bout took place in October 2021, where he lost by a split decision to Aleksei Ulianov. The Ukrainian kickboxer is a former GLORY featherweight champion, which he lost to Petchpanomrung back in 2019. Since then he won only 2 out 5 last of his fights.

Ono has been unbeaten for the last two years, winning all 14 bouts held within that time period. A former Shootboxing Lightweight champion holds a notable win over a two-division K-1 champion, Masaaki Noiri, who he beat back in June.

Koprivienski was enjoying a five-fight winning streak, which was put on a hold by Tyjani Beztati at GLORY Collision 4 on October 8. This was a Lightweight title bout, which was awarded to Koprivienski after he beat the likes of Bruno Gazani, Dzianis Zuev, and Guerric Billet.