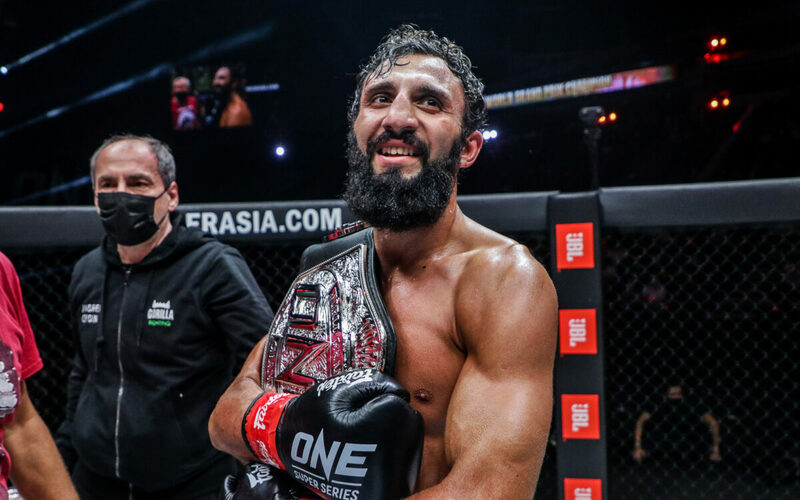 ONE Fight Night 6 will bring elite martial arts action to U.S. primetime when Superbon Singha Mawynn defends the ONE Featherweight Kickboxing World Championship against Chingiz Allazov on Friday, January 13. The action hails from the Impact Arena in Bangkok and will air live and free on Prime Video. And Allazov is prepared to shock the world by capping off his incredible rise with a massive gold belt.

Allazov debuted in ONE Championship in 2021 and came out on the losing end of a split decision against Enriko Kehl. Six months later, he was part of the ONE Featherweight Kickboxing World Grand Prix. Although not considered a favorite, Allazov took the tournament by storm. Much in the same way he dominated the Grand Prix, “Chinga” plans to upset Superbon.

“I’m one of the biggest problems for [Superbon]. He knows this. He has good timing, he has a good universal style. I have kicks and power over him. He’s a very good fighter but maybe he makes a little mistake here and it’s a big problem in his fight with me,” Allazov told ONE.

The Azerbaijani-Belarusian also stole a line from Superbon himself. Ahead of the inaugural title tilt that Superbon won by a jaw-dropping KO over Giorgio Petrosyan, the Thai star claimed that Petrosyan was a player, not a fighter. Allazov is now saying the same about Superbon.

“Chinga” wants to draw Superbon into a brawl so that he can display his power. If he is correct in his assessment, it may be his biggest advantage over the current king. His power punching moved him into the ONE Featherweight Kickboxing World Grand Prix final, and now he hopes it will bring him gold.

And it has been a long wait for the Azerbaijani-Belarusian star. After winning the tournament, the title tilt was moved back a few times. Finally, his moment has arrived. With the bout just days away, Allazov is mentally prepared to deliver the performance of a lifetime.

ONE Fight Night 6: Superbon vs. Allazov airs live and free to all U.S. and Canadian Amazon Prime subscribers on Friday, January 13. The action gets underway on Prime Video at 8 p.m. EST/5 p.m. PST.