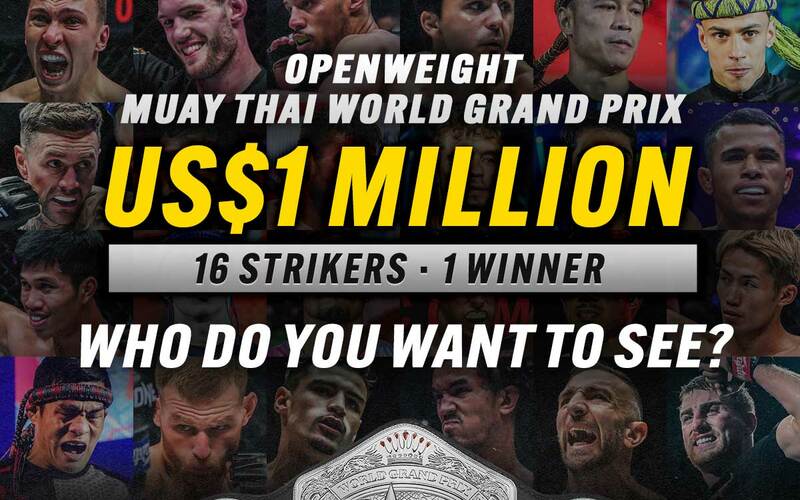 ONE Championship is giving Muay Thai the platform to deliver unbelievable action in 2023. On Wednesday, ONE Chairman & CEO Chatri Sityodtong made a huge announcement at the ONE Fight Night 6 press conference that will put the best of the best of the sport against one another. In 2023, 16 athletes will compete in the ONE Openweight Muay Thai World Grand Prix.

The talent-rich pool of competitors has Sityodtong reaching out to fans for who they would like to see compete in the tournament. And what’s the prize at the end of the road? A hefty $1 million check. Along with previous announcements, such as the upcoming ONE Lumpinee event series, 2023 is set to be a breakout year for Muay Thai on a global scale.

ONE Fight Night 6: Superbon vs. Allazov airs live at 8 p.m. EST/5 p.m. PST on Friday, January 13. The action is free to all Amazon Prime subscribers in the U.S. and Canada.