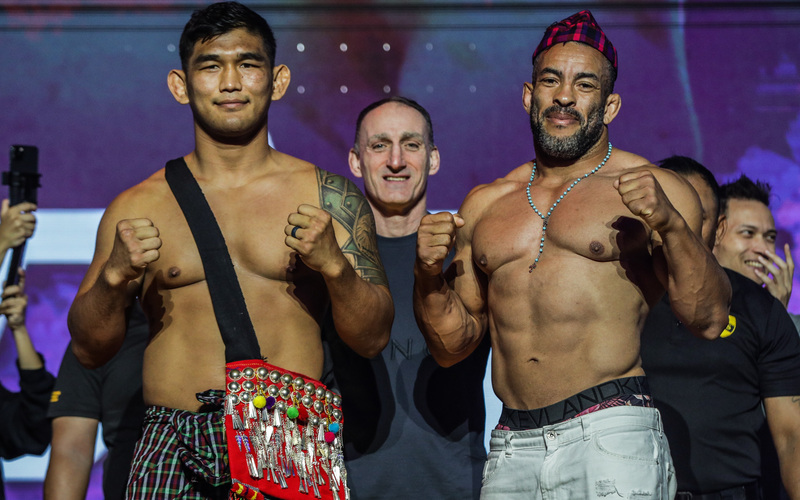 MMASucka staff picks are back to your regularly scheduled programming.

ONE Fight Night 6 will take place in just a few short hours tonight, January 14th, from the Impact Arena in Bangkok, Thailand. The event marks MMASucka’s first staff picks event of 2023 and the ONE Championship’s first event of the year. Tonight’s fight card will begin at 8:00pm ET (5:00pm PT) available to watch live on ONE’s Facebook page, YouTube channel, or main website. Also, subscribers to Amazon Prime Video in the United States and Canada will also be to watch at the same start time.

Live results from ONE Fight Night 6 will be available here at MMASucka.

Three MMA fights will take place on the night’s card ahead. Opening the promotional fight card as the very first bout sees featherweights (155 pounds, 70.3 kilograms) Garry Tonon and Johnny Nunez set for battle. World-class grappling talent Tonon suffered his first professional defeat in only his seventh fight for the divisional belt last March to Thanh Le; a knockout just 56 seconds into the first round. His opponent, season 22 and season 25 veteran from The Ultimate Fighter Nunez, makes his return to the ONE cage in over three years where he last faced a decision loss to Kazuki Tokudome.

The night’s featured MMA pairing comes at a catchweight of (97.5 kilograms) between Aung La N Sang and Gilberto Galvao. Former two-divisional champion La N Sang looks to work his way back up the ladder having taken the first step with his Yushin Okami knockout last November. Galvao returns to ONE since losing by knockout to Reinier de Ridder in mid-2019 while targeting his first victory since March of 2018.

MMASucka live results will feature the remaining fights including two kickboxing title fights and a flyweight submission grappling championship match. See further below for our MMA staff picks at ONE Fight Night 6.

UFC and Bellator events will feature picks from the entire main cards. PFL will feature select fights from the main and preliminary card while DWCS sees all fights counted from the event. ONE returns to our picks for the first time since 2020 and will feature only mixed martial arts (MMA) fights selected from cards with a minimum of at least three matchups.

To kick off another highly-anticipated year, who are the MMASucka staff picking to win at ONE Fight Night 6? Find out below. 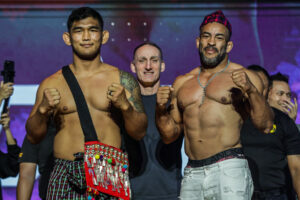 Aung La N Sang (left) and Gilberto Galvao (right) at weigh-ins for their ONE Fight Night 6 fight on Friday, January 13th from the Impact Arena in Bangkok, Thailand (photo credits to ONE Championship).