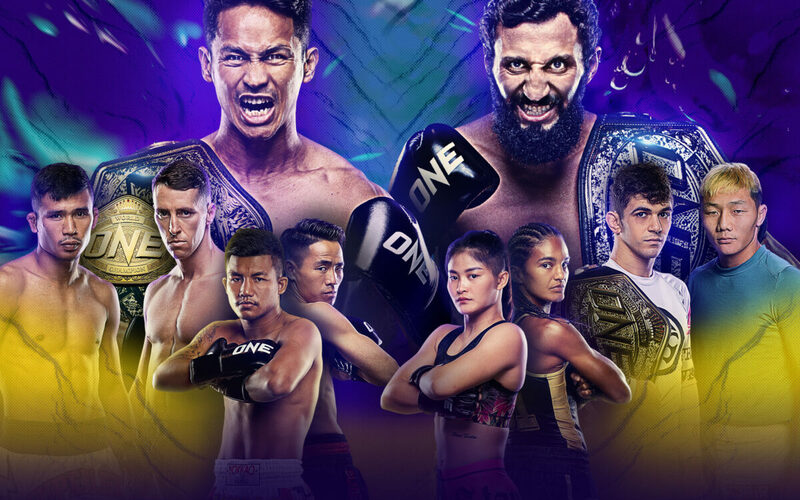 ONE Fight Night 6 is set for Bangkok this Friday night in the western hemisphere and it is a card shaped in a fashion that best demonstrates what makes ONE’s product so fun to watch.

The card is made up of Muay Thai, kickboxing, and mixed rules bouts with MMA not serving as the main course but rather as a great side dish to the evening. Two of the best kickboxers in the promotion face off in the main event with Superbon Singha Mawynn against Chingiz Allazov. Superbon is on an incredible run as of late having not lost a bout in Muay Thai or kickboxing since 2018. Allazov also comes into this fight in the middle of a strong run having won the featherweight kickboxing Grand Prix most recently.

In the co-main event, there is another kickboxing bout this time between Daniel Puertas and Superlek Kiatmoo9 for the vacant flyweight ONE Championship title. Puertas was originally set to face Rodtang Jitmuangnon but now finds himself up against Sueprlek Kiatmoo9. Puertas is at a significant experience disadvantage against Superlek which is especially worrisome considering the run he has been on. Superlek has won five in a row since losing his chance at the title previously, look for him to come out with something to prove.

The rest of the card is riddled with other notable names for the promotion to get lots of American eyes on this card and bring them back for future events. Combatants such as Aung La N Sang, Rodtang Jitmuangnon, and Gary Tonon are some of the best on the one roster and they all will be in their own bouts to showcase their elite skillsets.

Chingiz Allazov def. Superbon Singha Mawynn via Knockout at 1:03 of Round 2 to win the ONE Featherweight Kickboxing Title

Aung La N Sang def. Gilberto Galvao via Knockout at 1:29 of Round 1

Gary Tonon def. Johnny Nunez via Submission (Kimura) at 1:53 of Round 1– MMA Bout