ONE Announces 12-Bout Lineup For ONE Friday Fights 1 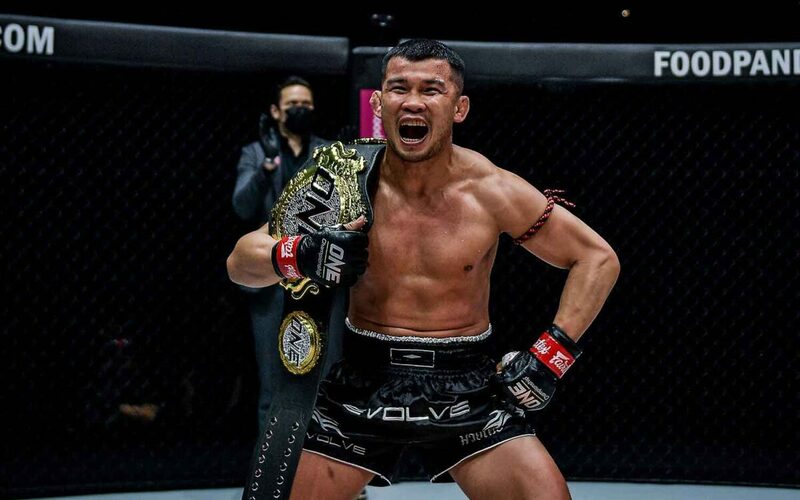 ONE Championship has set the card for its first event at one of Thailand’s most revered martial arts venues. On Friday, January 20, ONE Friday Fights 1 will emanate from Lumpinee Stadium in Bangkok. The promotion announced its 12-bout card on Tuesday, and it will feature 10 Muay Thai bouts and two MMA contests — headlined by a fantastic title tilt.

At the top of the card, ONE Bantamweight Muay Thai World Champion Nong-O Gaiyanghadao will return to defend his crown. The Muay Thai icon has been peerless since arriving in ONE with a perfect 9-0 record on the global stage. And he has only gotten more dangerous, as he is currently on an epic four-bout knockout streak heading into this matchup.

Ready for the challenge will be former ONE Bantamweight Kickboxing World Champion Alaverdi Ramazanov. The “Babyface Killer” poses an interesting matchup against the legend with his awkward movement and unorthodox angles. He will be a difficult puzzle for Nong-O to solve, and could shock the Thai faithful inside the historic arena.

Lightweights Richard Godoy and Alexy Lyapunov will make their way onto the global stage for the first time as they try to leave an impression as one of two MMA bouts on the card. Godoy has 10 submission wins in his career. However, Lyapunov also likes to end his fights with a tap. An emphatic victory for either man could push them into the hunt in a stacked lightweight division.

ONE veteran Akihiro Fujisawa will welcome Colton Kielbasa to the promotion for their flyweight scrap. The American will feel comfortable inside Lumpinee Stadium, as he has trained in Thailand and should have local support. The 27-year-old is hopeful for a big victory in his ONE debut to set the course for a big 2023 showing.

With nine additional Muay Thai bouts, fans are in for an exciting evening of action. Muay Thai in four-ounce gloves has continually produced electric results inside the ONE Circle, and Lumpinee Stadium will be rocking as fans cheer on some of the biggest names in the sport. The action-packed card will continue ONE’s momentum and give fans a look at a legendary martial arts venue.

The international Muay Thai and MMA card will air live on FanDuel TV at 7:30 a.m. EST/4:30 a.m. PST. Fans can also watch these fights live via watch.onefc.com, ONE Championship’s YouTube channel, and ONE Championship’s Facebook page.