What We Learned From ONE Fight Night 6: Superbon vs. Allazov 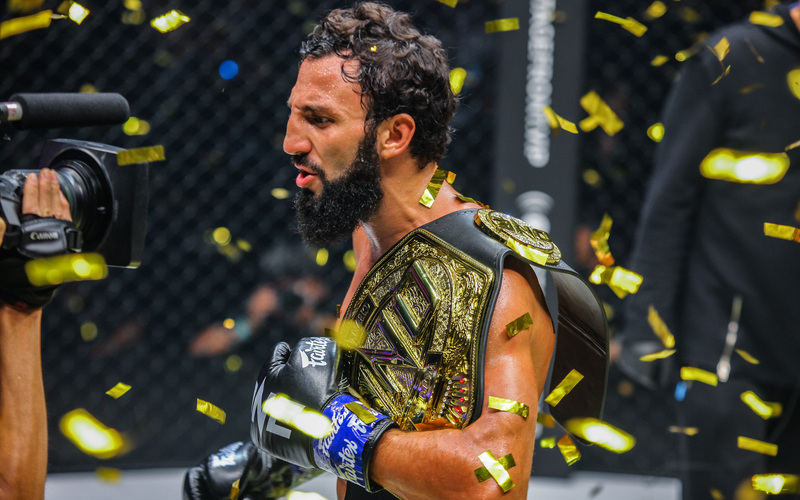 ONE Championship got its 2023 campaign underway with a thrilling night in Bangkok at the Impact Arena on January 13. Eight bouts filled the ONE Fight Night 6 card, and three title tilts headlined the action. After two new champions were crowned, the door closed on the first event of 2023.

But what comes after the confetti is wiped away? What reflections are necessary after show-stopping performances ushered in the new year? That is what we are ready to look at right now. Here are three things we learned after ONE Fight Night 6: Superbon vs. Allazov.

3 Things We Learned From ONE Fight Night 6

There is No Kickboxing Pound-For-Pound Debate

The ONE Featherweight Kickboxing World Championship matchup was a clear #1 vs. #2 in the world meeting between Superbon Singha Mawynn and Chingiz Allazov. To make the match even bigger, they were also considered the two pound-for-pound best kickboxers. Allazov left no doubt with a second-round knockout that firmly supplanted him as the #1 pound-for-pound kickboxer on the planet.

It was a systematic destruction by “Chinga.” The Azerbaijanian-Belarusian put Superbon on his back foot from the opening bell. The immediate pressure kept the Thai warrior from ever finding consistent success, and Allazov was clearly scoring. In the second round, the match shifted when Allazov scored his first knockdown. Although Superbon answered the first and second knockdowns both times, “Chinga” was eager to put him away and gave him no time to recover.

Allazov’s performance was simply masterful. This could have been a five-round war, but his ability to shut Superbon down and knock him out left the kickboxing world in awe. By claiming the ONE Featherweight Kickboxing World Championship, Allazov etched his name in history as one of the greats.

Now it is about what comes next. There will be no shortage of challengers as the featherweight kickboxing division is the deepest division in all of combat sports with more pound-for-pound greats waiting for their shot. But “Chinga” is also eyeing more greatness. After the win, he called out ONE Lightweight Kickboxing World Champion Regian Eersel. No matter what happens next, Allazov is not done adding to his legacy.

Superlek vs. Rodtang Is Happening

ONE Flyweight Muay Thai World Champion Rodtang Jitmuangnon has been eyeing two-sport gold for a little bit, and he took a major step toward that goal by defeating Jiduo Yibu in Bangkok. Just a couple of fights later, Superlek Kiatmoo9 won the vacant ONE Flyweight Kickboxing World Title to put themselves in the direct path of one another. But a meeting for the Muay Thai belt is not out of the question either.

The Thai striking phenoms are both champions and #1 contenders in alternating sports. It is apparent, barring any unforeseen instances, that 2023 will finally see them step into the Circle to compete against one another. No matter which title is on the line first, it will be a main-event quality matchup.

With Superbon vs. Allazov now in the past, this may be the most highly-anticipated striking matchup that can be made. And we could see it twice, in alternating sports, this calendar year. This is a huge result for martial arts fans. Knowing it is on the docket should have everyone salivating for the announcement of the date and location of when we will finally see them collide.

The Importance Of Tapping Out

Gantumur Bayanduuren suffered multiple major injuries to his leg after Mikey Musumeci torqued it inside the “Mikey Lock,” a modified heel hook, during their flyweight submission grappling matchup. Although Bayanduuren earned the admiration of fans worldwide for his toughness, it highlights the importance of tapping out. Musumeci was adamant after the match that he wished he had tapped out.

He described his own feelings as being sick to his stomach at the damage he inflicted. Musumeci heard Bayanduuren’s leg pop numerous times, which only led to him wrenching on the submission more to try and get the tap. In the end, the gruesome hold earned “Darth Rigatoni” a successful defense of the ONE Flyweight Submission Grappling World Title.

Musumeci’s performance was dominant. It was a display of the art and brutality of leg locks. The American continues to bring submission grappling to a whole new audience and is looking for bigger stages, including matches against flyweight greats Demetrious Johnson and Adriano Moraes. He is a star in the making, and his attacking style is a joy to watch.