The Indian promotion announced the final fight card for its upcoming SFL 3 event, which is set to go down in the capital of India on May 6th, at the IGI stadium.

Super Fight League 3 will showcase a total of 8 fights, one of which will feature former WWE Superstar and Strikeforce competitor, Bobby Lashley. Lashley is currently riding on a 2-fight winning streak, and will lock horns with James Thompson in the main-event of the fight card. Thompson, who featured in the promotion’s debut event, will be looking to build on his momentum after his win over Bob Sapp.

Meanwhile, the SFL 3 card will also feature a clash between 2 women looking to make a name for themselves, as the ‘hunter’ Lena Ovchynnikova, will look to put her SFL 1 defeat behind her as she takes on Joanne Calderwood.

But it doesn’t end there.

The stacked SFL 3 card also features former Strikeforce and UFC veteran Trevor Prangley, who will be looking to break out of his 3-fight losing skid against Bulgarian veteran, Baga Agaev. Arguably the most anticipated bout on the card, this fight has ‘Fight of the Night’ written all over it.

Please note that that entire SFL 3 event will also be streamed on Youtube, for free. 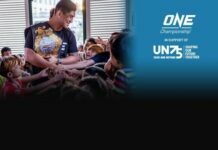 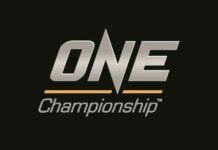 ONE Championship Announces Partnership with Microsoft