Could 2013 be the greatest year in UFC history?

Considering the legendary events that have taken place in the past, this could be a very gutsy call. However, when considering the fight cards and ground-breaking events of the year – 2013 was truly a game-changing year for the UFC.

Could 2013 be the greatest year in UFC history?

Without considering the fight cards of the year, one of the most revolutionary changes in the UFC was their deal with FOX Sports. The UFC is now producing great free fight cards which are happening more often. Moving forward, this gives the promotion ample opportunity to add more fighters to their roster and create more fight cards in the process. 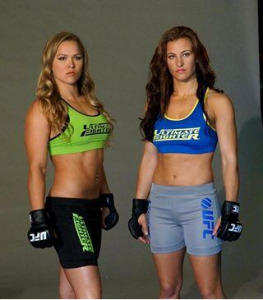 Another revolutionary change, maybe more so than the television contract, was the addition of women to the Ultimate Fighter television show. Ronda Rousey and Miesha Tate are the current TUF coaches and were responsible for four men and four women after the show’s first episode. Let alone the addition of women to the UFC, having them compete on the reality show is truly remarkable for women’s MMA.

Sticking with the Ultimate Fighter, Jones vs. Sonnen saw the emergence of two very promising prospects, Uriah Hall and Kelvin Gastelum. While Hall landed numerous highlight reel knockouts, Gastelum silently wrestled his way to a well-deserved TUF championship. Both fighters have shown great potential and should become solid fighters in the UFC.

In terms of fights, the year started with a great bout between Vitor Belfort and Michael Bisping, which saw the Brazilian return to form with a great knockout victory. This was followed by two amazing championship bouts, one between Demetrious Johnson and John Dodson, and the other between Jose Aldo and Frankie Edgar. UFC 156: Aldo vs. Edgar was an absolutely stacked card, which set the tone for the following months.

Just one month later, Wanderlei Silva fans got the gift of a lifetime when the fighter truly returned to form against Brian Stann – finishing him in true Axe Murderer fashion with a great knockout. Just 13 days later, one of the best build ups in a long time was silenced at UFC 158, when Georges St-Pierre had his way with the now retired Nick Diaz. Another epic battle at UFC 158 occurred between Johny Hendricks and Carlos Condit, as both men pushed each other to their absolute best with Hendricks ultimately prevailing by decision.

In April, Gilbert Melendez made his UFC debut against Benson Henderson for the lightweight championship. While Henderson snuck out with a close victory, El Nino made his presence felt very early in his UFC career. He went on to put on a potential fight of the year candidate in his win against Diego Sanchez at UFC 166. Another much anticipated debut in the UFC was Strikeforce middleweight champion Luke Rockhold. However, unlike Melendez, Rockhold was defeated by Belfort in spectacular fashion, landing a beautiful spinning heel kick in the very first round.

After Fabricio Werdum beat Antonio Rodrigo Nogueira via armbar in June, one of the most celebrated streaks in MMA came to an end when Chris Weidman knocked out Anderson Silva in the second round of their UFC 162 fight. This fight had incredible hype and was one of the most monumental losses in recent past, with the Spider losing in almost embarrassing fashion. Soon after, the highly anticipated rematch between Benson Henderson and Anthony Pettis took place at UFC 164 for the lightweight title, which saw Pettis come away with a solid submission win to dethrone Henderson.

If that was not enough, another highly celebrated champion in Jon Jones was given his toughest competition to date in Alexander Gustafsson. This fight could not have been any better and Jones snuck away with a very close decision victory. On the same card, Renan Barao defended his interim bantamweight title for the second time against Eddie Wineland, which gives the Brazilian an astonishing 31-1-1 record, only losing his first fight in 2005. To say Barao is the next big thing in the UFC would be a complete understatement, and a title fight against Dominick Cruz should be happening sometime next year.

The most recent pay-per-view saw an incredible trilogy come to a close when Cain Velasquez defended his UFC heavyweight title against Junior dos Santos. These two are considered the two best heavyweights in the world and their meeting was inevitable after they both tore through the division, making this clash even more interesting. Seven days later, Lyoto Machida, making his debut at middleweight, gave his fans a similar feeling as Wanderlei’s when he landed a perfect head kick on Mark Munoz. Machida fans have been hoping for a return from the Dragon and his win against Munoz was a great start.

The rest of 2013 makes this year even more historical for the UFC. 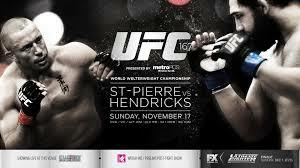 On November 9th, Belfort will have the chance to continue his stellar year when he takes on another great fighter in Dan Henderson. This is a battle of true MMA legends and promises to be a fight to remember. UFC 167 happens just one week later and will pit St-Pierre against Hendricks for the welterweight championship. Hendricks is one of the better wrestlers St-Pierre has ever faced, but the punching power of Hendricks is what makes this a scary matchup for GSP, something he is definitely not used to.

After the TUF finale on November 30th, Pettis will be defending his championship for the first time against Josh Thomson, a UFC veteran replacing the injured T.J. Grant. On the same card, the returns of Urijah Faber, Carlos Condit, Chad Mendes and Joe Lauzon are expected, making this one of the most stacked cards of the year.

The year concludes with UFC 168: Weidman vs. Silva 2, a fight that is not only anticipated, but will likely decide the fate of one of the best pound-for-pound MMA fighters of all-time. If Silva does not come out on top, it will be interesting to see if he ever steps into the Octagon again.

Given the events and fights of this year, both past and future, 2013 could truly represent the greatest time in the UFC so far. It will be hard for the UFC to live up to this year, but hopefully we can expect more from the fastest growing fight promotion company in the world.