Lightweights Mike Ricci and Yoshiyuki Yoshida will face off for the inaugural Titan FC lightweight title.

Titan FC officials announced the bout on Wednesday evening, after it was initially reported by MMAJunkie.com.

Ricci (10-4) is riding a two-fight winning streak since being released from the UFC. After his release in late 2013, Ricci was signed to Titan FC and went on to beat Jorge Gurgel by TKO in his debut. Most recently he beat former UFC vet George Sotiropolous at Titan FC 29 in August.

Yoshida (17-6) will make his promotional debut against Ricci. The Japanese native is riding a six-fight winning streak, dating back to 2010. His last fight was in May, when he defeated Shigetoshi Iwase at DEEP 65.

While the headlining bout has yet to be determined, Ricci vs. Yoshida will likely serve as the evening’s five-round main event.

Ricci vs. Yoshida will take place at an undetermined card at the end of October or early November and it is expected to take place in Tampa, Florida. 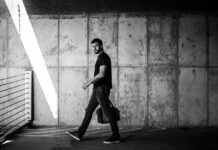 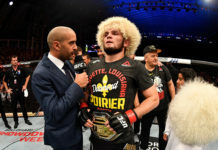 Has Khabib Nurmagomedov ever lost a fight?