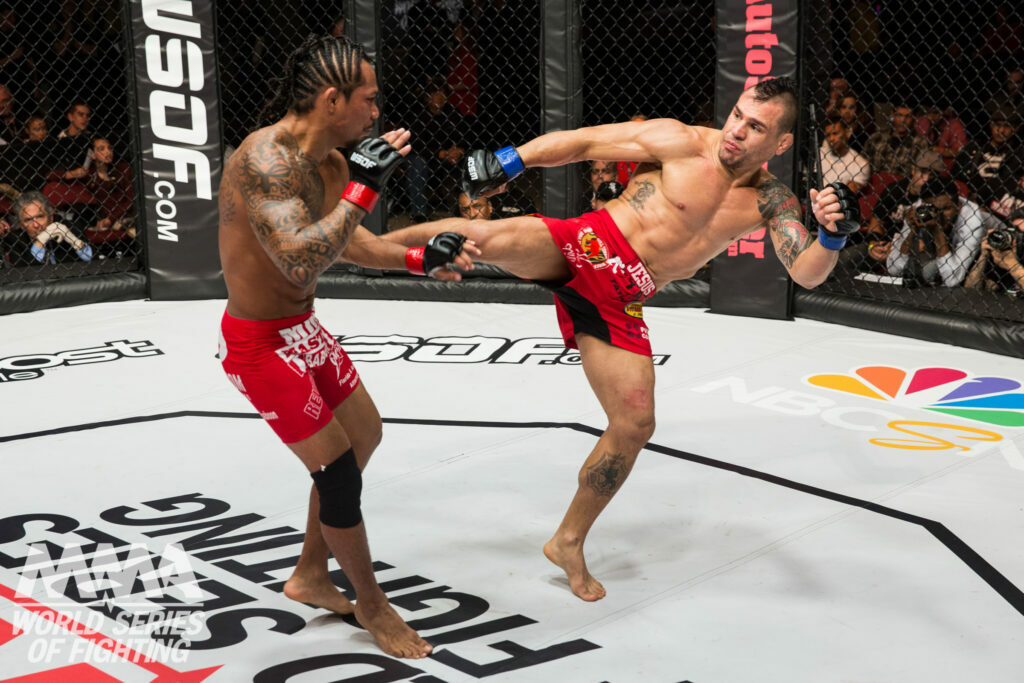 “With the addition of this fourth televised bout between Macaco Patino and Eric Reynolds, I think it is safe to say that World Series of Fighting has put together, hands down, not only the most relevant, but also the most entertaining fight card on paper, from top to bottom, on Nov. 15,” said World Series of Fighting President, six-time world champion and two-time Hall of Famer Ray Sefo.

Patino, whose storied career dates back to 1995 during the no holds barred, bareknuckle fighting days of the sport, exploded onto the scene, reeling off 16 consecutive victories, half of which came in under a minute.  He is, perhaps, best remembered for his epic battles with fellow pioneers Jose “Pele” Landi-Jons and Pat Miletich, whom Patino battled for 14 and 21 consecutive minutes in 1996 and 1999, respectively.

The 28-year-old Reynolds, whose appearance in the cage will also be his second of 2014 and his debut under the WSOF banner, has scrapped with some of the toughest competitors in the 155 pound division, including Eddie Alvarez and Jorge “Gamebred” Masvidal, during his seven-year professional career that began with nine straight wins.

Of Reynolds’ 18 career victories, 16 came by way of (T)KO or submission.  Fourteen of those finishes occurred in the first round of action.

Tickets for the WSOF 15 event, priced from $20 (Additional fees may apply), are on sale at Ticketmaster.com, the USF Sun Dome box office, all Ticketmaster outlets and charge by phone at 1-800-745-3000.

The first preliminary bout will begin at 6:00 p.m. EST.  The card is subject to change.