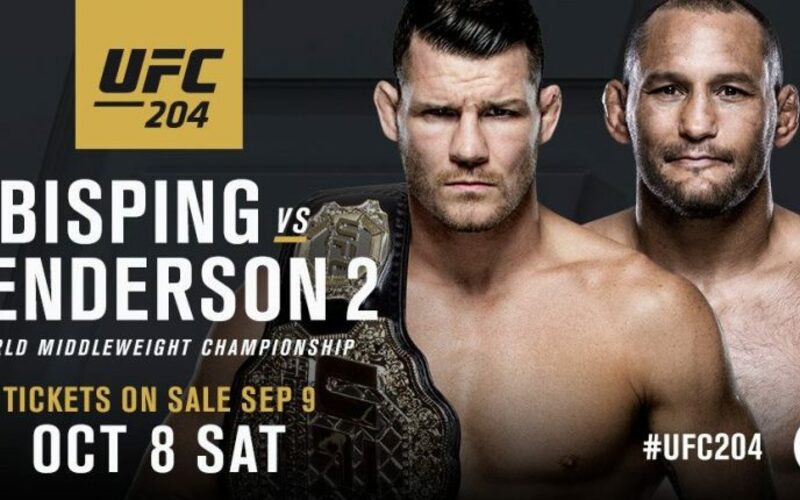 The octagon returns to Manchester, England tonight at UFC 204!

In the main event, Michael Bisping will look to make the first defense of his UFC middleweight title when he takes on former rival & MMA legend; Dan Henderson. In 2009, Henderson knocked out Michael Bisping at UFC 100 in one of the most highlight-friendly knockouts of all time. Now, over seven years later, Bisping hopes to get revenge, with much greater stakes on the line.

The co-main event sees a man who has KO wins over both the main event fighters, Vitor Belfort, as he takes on former Strikeforce champion; Gegard Mousasi. Also on the 5-fight main card; Jimi Manuwa vs. Ovince St. Preux, Stefan Struve vs. Daniel Omielanczuk, and Mirsad Bektic vs. Russell Doane.

Check out the full UFC 204 results below.