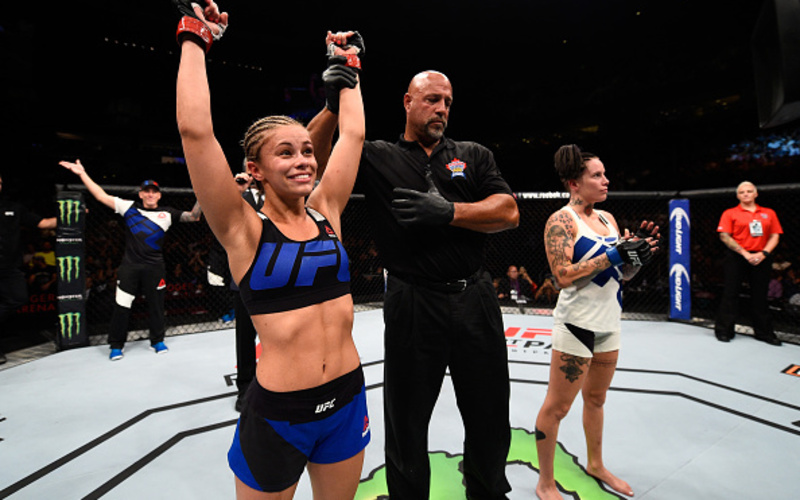 UFC on FOX 22 in Sacramento, California has it’s main event, and it comes in the form of strawweights Paige VanZant and Michelle Waterson.

The bout was announced on Wednesday’s UFC Tonight

VanZant (7-2) spent eight months away from the cage following her loss to Rose Namajunas in December. During that time off she participated on Dancing With The Stars before returning to action this past August in Vancouver where she scored a Performance of the Night bonus for a beautiful headkick KO over Bec Rawlings.

Waterson (13-4) has not had the best luck lately. After joining the UFC in July of 2015, seven months after losing her Invicta title, she dominated and submitted Angela Magana in her debut. She was then scheduled to compete at the blockbuster UFC 194 event vs. Tecia Torres, but was later removed from the bout due to injuries. Last month she was set to return again, this time against Aisling Daly at UFC Fight Night 93 in Germany, Daly later pulled out. Let’s hope third times’ the charm and we see the ‘Karate Hottie’ in action once again!

UFC on FOX 22 takes place on December 17 at the Golden 1 Center in Sacramento, California. The only other bout announced for this event outside of the main event is a fight between welterweight prospects Sage Northcutt & Mickey Gall.