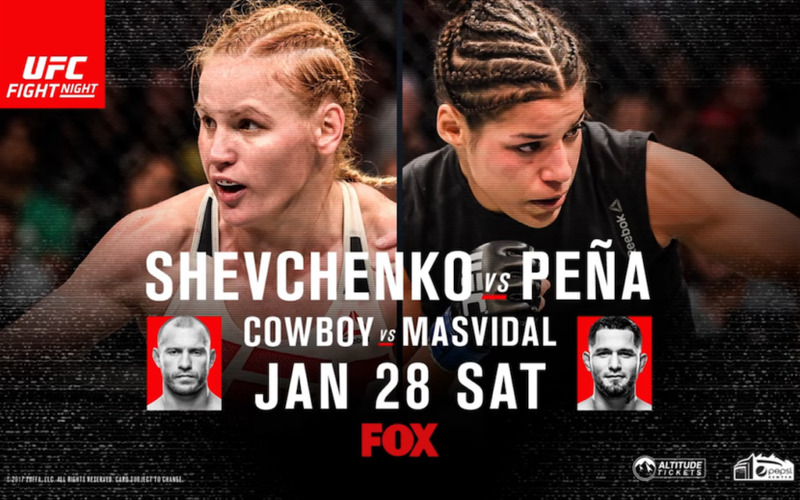 The UFC ends January with UFC on FOX 23: Shevchenko vs. Pena in Denver, Colorado. The two will battle for a potential title shot against the current UFC Women’s Bantamweight champion Amanda Nunes.

The rest of the main card should create some fireworks, with Donald Cerrone and Jorge Masvidal co-headlining the event. The very dangerous Francis Ngannou will be taking on UFC veteran Andrei Arlovski in a heavyweight clash, which could help the Cameroon-native reach title contention in a depleted division.

Aljamain Sterling, one of the UFC’s brightest prospects, will face his toughest test yet against Raphael Assuncao on the TSN 5 preliminary card. Needless to say, there should be plenty of action when UFC on Fox 23 kicks off this evening live from Denver, Colorado.