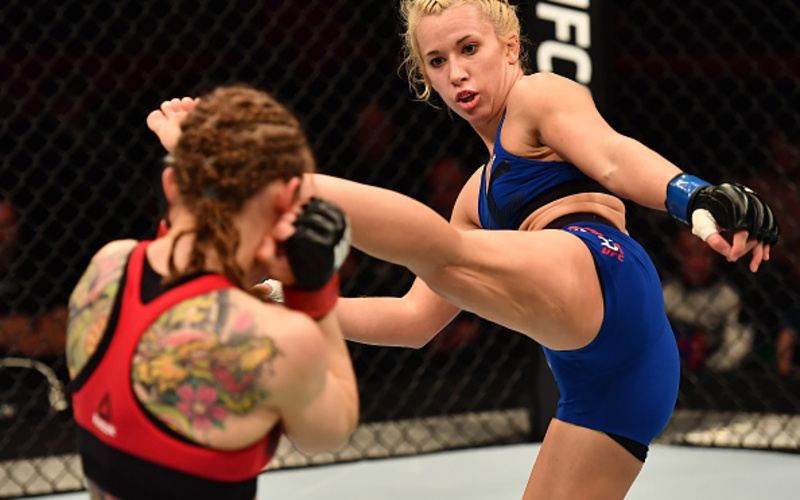 It looks like UFC 209 will have a women’s bout on the card after all. On Thursday, Amanda Cooper (2-2, 1-1 UFC) announced via her Instagram that she will be welcoming strawweight prospect Cynthia Calvillo (3-0) to the UFC.

Cooper was the runner-up on Season 23 of The Ultimate Fighter, getting submitted by Tatiana Suarez at the finale in July. She then rebounded by claiming a close unanimous decision over the now-retired Anna Elmose in November.

Cooper will look to extend her winning streak to two for the first time in her young professional career. Calvillo, on the other hand, will hope to extend her record to an undefeated 4-0 and get off on the right foot in the UFC. It doesn’t appear to be a “loser leaves town” match, as both women are coming off victories. Job security in the UFC has been a bit shaky in the WME-IMG era so far, however.

The two strawweight prospects will meet in the Octagon in less than two weeks on March 4 at T-Mobile Arena in Las Vegas, Nevada. UFC 209 looks as follows: