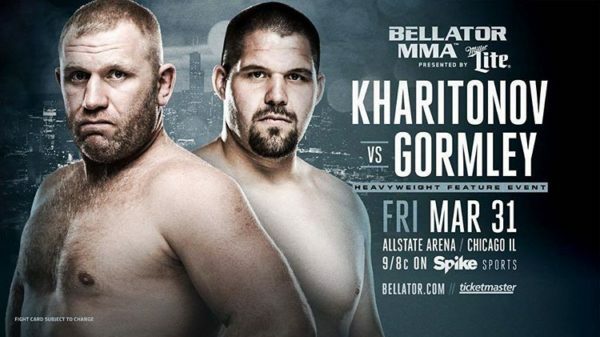 Kharitonov (23-6) is looking to rebound from a devastating defeat in his Bellator MMA debut, as he was shockingly knocked out by Javy Ayala in just sixteen seconds. Prior to this loss, he had won five-straight, all via finish, which led to him getting signed by Bellator MMA.

Gormley (14-5, 1NC) made his Bellator MMA debut in late 2015. After getting stopped by Dan Charles in his debut, Gormley has since won two-straight. Picking up split decision wins over Bobby Brents and Joey Beltran.

‘Bellator 175: Rampage vs. King Mo 2’ is set to take place on March 31 in Rosemont, Illinois at the AllState Arena.

Aside from the main event rematch between Quinton “Rampage” Jackson and Muhammad “King Mo” Lawal, this heavyweight addition is the only other fight announced for the card.