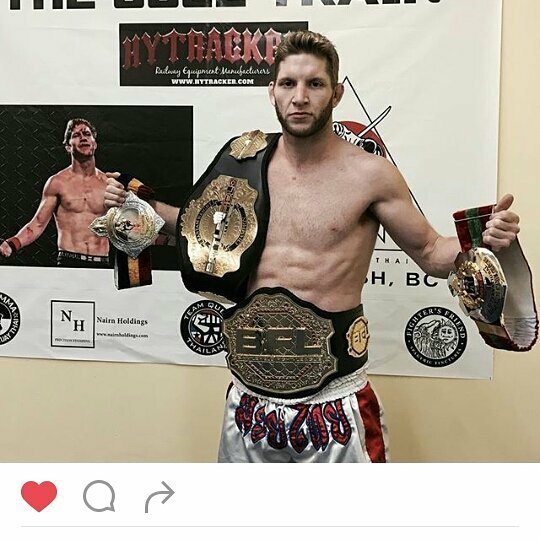 In just his second pro fight, Squamish, British Columbia native, Cole Smith was crowned Battlefield Fight League bantamweight champion. He can now claim that he has held the amateur belt, as well as the professional title; quite the feat.

Over the course of his career, Smith has taken advantage of his training environments. The 27-year-old was able to travel to Thailand and get experience with Team Quest Thailand. He felt the need to not only train out of country, but distance himself from the norm in order to grow as a fighter.

Smith is currently in Thailand and will step on the canvas this Saturday, April 1 for TFC (Thailand Fighting Championships) on an island right off of Phuket.

“I come to Thailand every few months to train,” Smith explained to MMASucka.com. “Once I am here, I take as many fights that are offered to me, whether they are MMA or Muay Thai. Taking the amount of Muay Thai fights as I have, has prepared me for anything most MMA Fighters are going to throw at me. So I didn’t come here specifically for this fight. Once I was here I was offered, so I took it.”

Smith’s home gym is The Sound Martial Arts in Squamish. He hones his skills with his brother Kasey, along with a slough of other talent in the small town which is full of nature. Smith has been able to showcase the skills that his brother works on with him, but something fans have also been able to pick up, are the many skills that most only see in Thailand.

So Smith will pick up, get away from what is familiar to him and spend hours on a flight in order to gain the skills needed to be a next level fighter in this day and age.

“What differs is there are really no distractions out here,” Smith stated. “I don’t have to take bullshit hour long commutes, since I live two minutes from the gym. Food is cheap. And there is a ton of healthy options. Of course, the striking out here is worlds apart from the style in B.C. so I get tons of different looks, tricks and tips. It’s a revolving door of fighters here, so you are always training with someone new everyday. I hang out with my teammates daily, so everyone knows if you are trying to make a bullshit excuse to skip out on training. There is no, “I’m tired, I’m sore.” It’s a STFU and train everyday mentality–or go home.”

At 27-years-of-age, Smith is trying to make a name for himself and that hasn’t come without sacrifice. 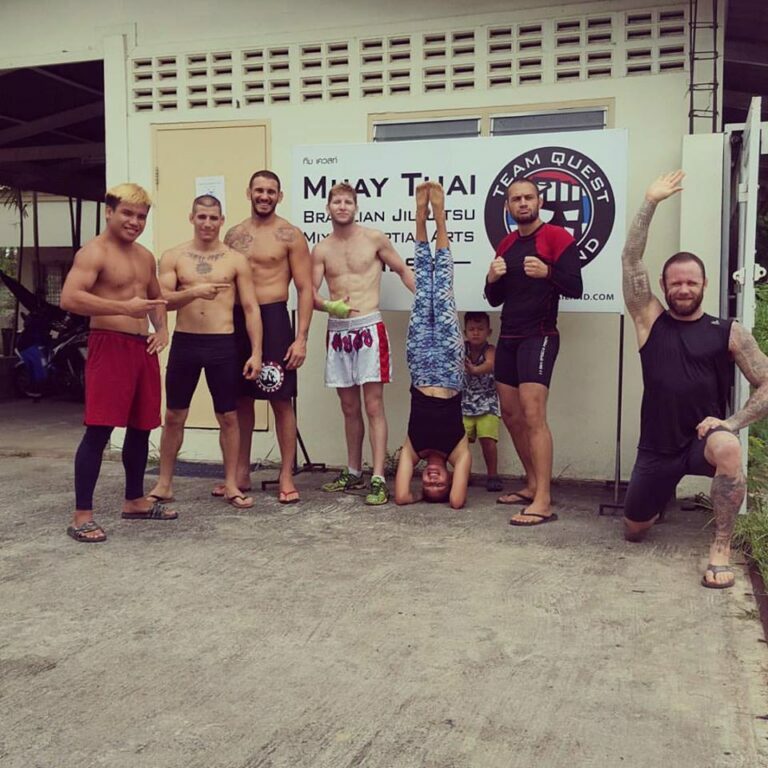 “To be the best you have to make sacrifices and if it means not seeing my family, friends and girlfriend for a few months, so be it. I just man up and grind it out. Far too many people take the easy route, which is why you won’t remember their names.”

Smith is a member of the Team Quest Thailand sponsored team, which means he trains twice a day, six days a week. He said if someone is a part of the team, but doesn’t make the required sacrifice or just doesn’t, then they will be forced to pack their bags and find a new gym.

This shows in Smith’s evolution as a fighter. He gets in the cage, he showcases his honed skill-set and more often than not, he gets his hand raised.

Smith’s fight on April 1 for TFC will be against 5-3 Filipino fighter Reysaldo Trasmonte. The cage will be right on the beach, which is a once in a lifetime experience for Smith. Being that it is in that atmosphere, Smith said, “Once the fights over I plan on grabbing a beer and taking a swim.”

Smith won BFL gold in October 2016, when he defeated Jamie Siraj by submission in the fourth round of their battle. He will be primed and ready to defend that strap in June. This will likely be with some new tools in his arsenal.

“I’ll be back to defend the strap in June,” Smith said. “BFL will have a legit contender for me by then. I love BFL and will continue to fight for them until I make the big show.”