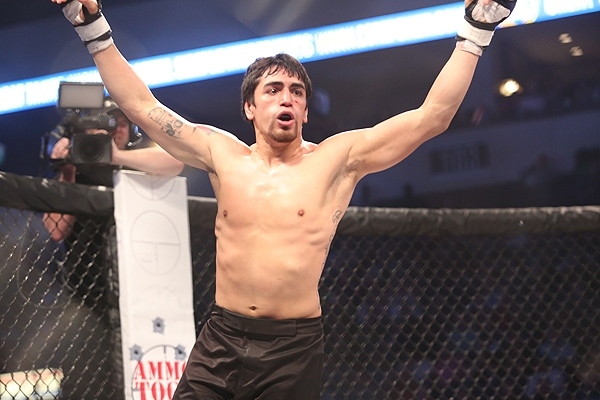 Legacy Fighting Alliance (LFA) took to the FireLake Arena in Shawnee, Okla. on Friday night. The main event was a battle for the LFA featherweight title, as reigning champ Kevin Aguilar took on Justin Radar, which was updated regularly on the Livescore App.

Aguilar (12-1) utilized his takedowns and general will to win, as he walked through a lot of what Radar (7-3) had for him. Radar tried to use his kicks throughout the five round fight, but they weren’t enough to stop Aguilar. The champ did enough to keep the title around his waist, as he swept all three judges scorecards, 50-45.

“The Angel of Death” is now riding a five-fight winning streak, along with two title defenses.

In the co-main event, Brendan Allen took on Chris Harris. Allen’s ground game proved to be too much for Harris, which was muhc talked about by fight fans and even on CBS Sports. In the second round, the fight hit the canvas and Allen was able to transition from a triangle choke into a deep armbar, which forced Harris to tap at the 1:22 mark.

Canadian Chris Kelades returned to the cage for the first time since April 2016 and he took on Tyler Shinn. Kelades was able to pick up his first victory in over two years. The start of the first round didn’t go his way, as Shinn got a quick takedown, but after Kelades was able to gain top control, the rest of the fight he was in cruise control. He basically rode the top position and worked for chokes and ground and pound for the remainder of the fight. The judges scored the fight 29-28, 29-28 and 30-27 in favor of the Canadian.

Feel free to check out the CBS Sports App to stay updated with MMA goings-on.

LFA 18 official results are as follows: