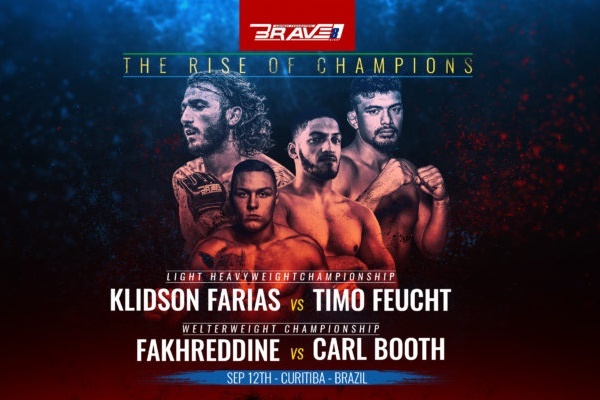 Lightweight Eric Parrudo has dropped out of Brave 8: The Rise of Champions, due to undisclosed reasons, Brave Combat Federation officials announced today. He was scheduled to face Luan “Miau” Santiago on the main card, but after being forced off, Parrudo has been replaced by Igor Soares, who will make his Brave debut.
Santiago has been one of the most influential Brazilian fighters in the promotion’s roster. After winning the National Fighter of the Year award in 2016, after three straight knockout victories, the Lightweight phenom has made headlines internationally with his Brave debut. “Miau” needed only one round to continue his KO streak and dispatching Ivan Castillo at Brave 3: Battle in Brazil, last March.