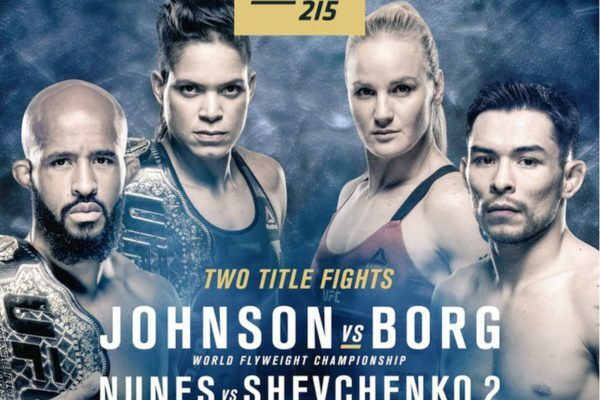 The first and only UFC Flyweight Champion will look to make history on September 9.

Coincidentally, he looks to make history in Canada, which is the same place he won the inaugural title at UFC 152 in 2012. The only difference being; he won the gold in Toronto, Ontario and now looks to make break the illustrious record in Edmonton, Alberta.

Also on the pay-per-view card; Amanda Nunes and Valentina Shevchenko have their long-awaited rematch, except this time it’s for the UFC Women’s Bantamweight Championship. At light heavyweight; Tyson Pedro will get a significant step-up in competition when he takes on the Swedish sledgehammer Ilir Latifi. Former lightweight champion Rafael dos Anjos looks for win #2 at welterweight when he takes on Neil Magny. And lastly; an absolute barnburner at featherweight as Jeremy Stephens welcomes longtime lightweight Gilbert Melendez to the division.

Order the PPV through the fantastic FITE TV app and watch the first ever UFC show to be featured on the app right here on MMASucka.com!

Stay tuned right here at MMA Sucka for more videos highlighting the top fighters, commentators, coaches, promoters and other names in mma and combat sports.  You can also subscribe to our youtube channel for regular updates and all the latest fight news. You can also check out our sister site, at TheFightBuzz.com for the latest from the world of mma and other combat sports.