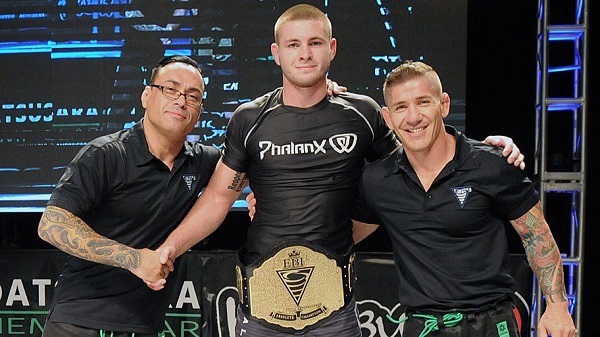 Grappling fans will need to choose one side later this year. You may ask why? Well the answer is simple, both Submission Underground (SUG) and Eddie Bravo Invitational (EBI) take place on the very same day. SUG 6 and EBI 14 will go head to head on Sunday, December 3.

SUG 6 and EBI 14 collide on the same day

This could be a fans dream, or there absolute nightmare.

Lucky for most, SUG begins at 3:00 p.m. PT and concludes around 7:00 p.m. PT, which is around the same time that EBI will kick off. The unfortunate part is that some of the bigger names will be left out from one show or the other.

SUG 6 was announced immediately following the big SUG 5 event that went down this past Sunday. While no participants were announced for the SUG 6 card, we know that the main card will feature combatants from both the grappling and mixed martial arts scene. At SUG 5, Amanda Diggins defeated Sarah Kaufman in the main event, while AJ Agazarm was able to beat Phil Baroni in the co-main event. Unfortunately for fans of SUG 4 and SUG 5, Australia’s own Craig Jones will not be participating in SUG 6, as he is already lined up to be a part of EBI 14.

SUG 6 will take place at the Roseland Theatre in Portland, Oregon, which is the same venue as the previous SUG events.

EBI 14 will feature an absolutely stacked absolute tournament. With the title wrapped around his waist, Gordon Ryan will look to keep it there with a slough of other talented grapplers looking to steal it. Also in the tournament are Rustam Chsiev, Daniel O’Brien, Craig Jones, Dan Borovic, Vinny Magalhaes and Adam Sachnoff. Those are just some of the names that have been announced for the fourteenth installment of the event.