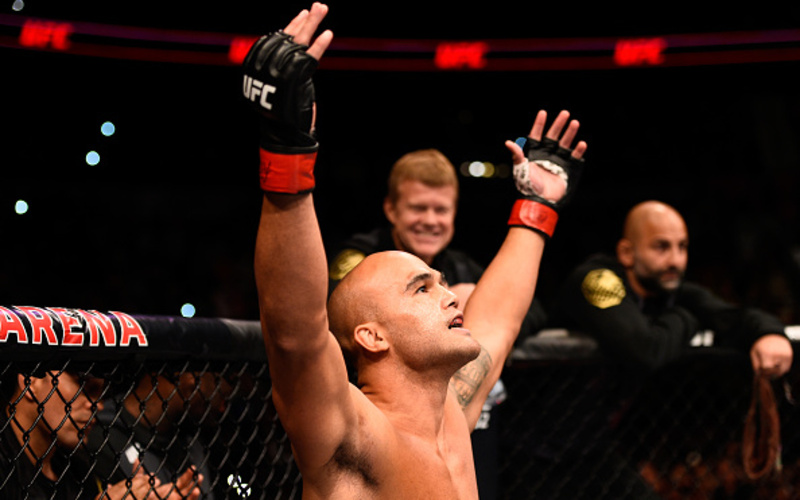 The UFC’s return to Winnipeg this December and the main event is a battle between two former title holders. The UFC on FOX 26 main event will be Robbie Lawler vs. Rafael dos Anjos.

Lawler (28-11) returned to the Octagon in July after a year long hiatus following his title loss to Tyron Woodley at UFC 201. He was able to pick up a victory in his most recent bout against Donald Cerrone at UFC 214.

dos Anjos (27-9) made the move from lightweight to welterweight and has since gone on a two-fight winning streak. After tapping out Neil Magny at UFC 216 this past month, dos Anjos called out the champ Woodley.

UFC on FOX 26 goes down on December 16 from the Bell MTS Centre. UFC FIGHT NIGHT: LAWLER vs. DOS ANJOS will also boast the following fights: