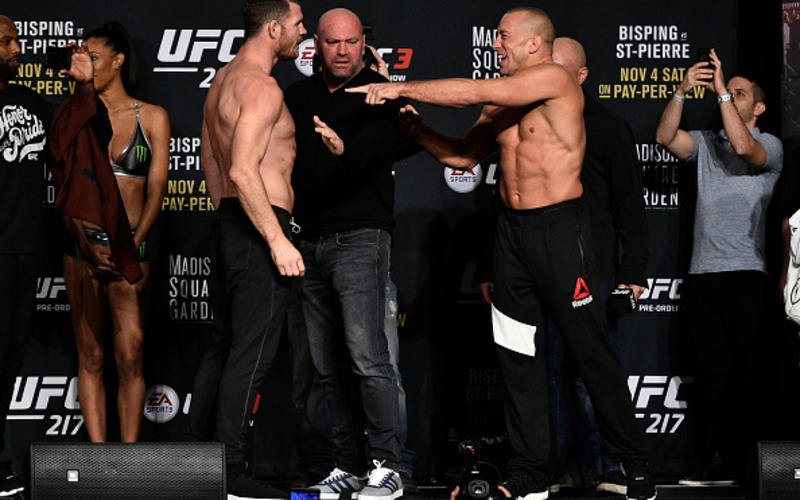 UFC 217: Bisping vs St-Pierre is in the books and it turned out to be one of the most eventful MMA events in recent memory, including a record breaking three UFC title changes in one night.

In the first half of this longer than usual episode, we discuss brand new UFC Middleweight Champion Georges St-Pierre‘s win over Michael Bisping, TJ Dillashaw‘s reclamation of the UFC Bantamweight Championship, the unlikely new UFC Women’s Strawweight Champion Rose Namajunas, and all of the rest of the fights on the UFC 217 card.

In the second half of the show we preview next weekend’s UFC Fight Night: Poirier vs Pettis, a card with a somewhat jarring mix of exciting prospects and long-time journeymen.