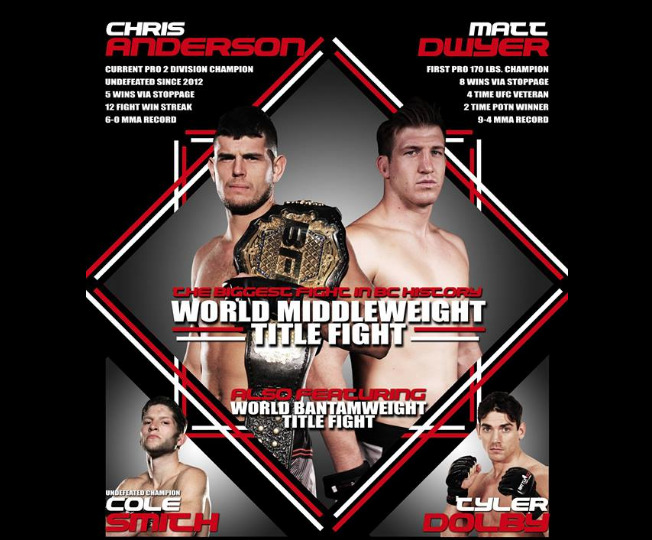 Battlefield Fight League returns to the Hard Rock Casino in Coquitlam, British Columbia for the biggest show in promotion history. We will have BFL 52 results flowing in for you all night long.

Check out BFL 52 Results below

The main event is easily the biggest fight in British Columbia history. Former BFL welterweight champion and former UFC welterweight Matt Dwyer will return to the Battlefield cage to take on reigning two-division champ Chris Anderson. This will be Dwyer’s first time back in the BFL cage in over three years. While Anderson has been active at both welterweight and middleweight, fighting twice in 2017.

There are three other titles on the line, as Cole Smith puts his bantamweight title on the line against Tyler Dolby, Paul Cowie puts his amateur featherweight title up for grabs against undefeated Gio Platon and Matt Lepper takes on Daniel Richards for the amateur lightweight championship.

Notes: BFL announced late Saturday that Chris Anderson was ill and that the main event was canceled.