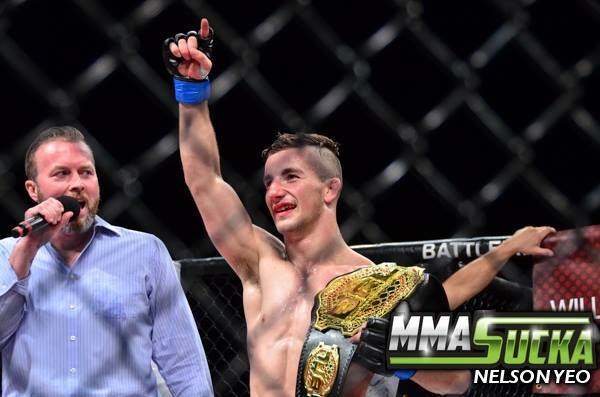 Yesterday, we announced that the main event at BFL 53 would be a middleweight title fight between Chris Anderson and Matt Dwyer. Well, today we have learned a number of matches have been signed for the BFL 53 fight card.

A number of matches signed for BFL 53

Revolution Fight Team product Craig Maclean will take on Carlos Galvan at a catchweight of 140-pounds. Maclean (3-1) is riding a two-fight winning streak, with both those victories coming via stoppage. Galvan (2-2) is coming off a loss in his last outing at KOTC: Sinister Intentions against Johnny Munoz Jr.

Former BFL bantamweight champion, Jamie Siraj, will take on Galvan’s teammate JT Donaldson. Since losing his title to Cole Smith at BFL 46, Siraj (4-2) picked up a victory against Adam Burke MacDougall at Elite 1 MMA in May. Donaldson (2-3) has bounced between wins and losses throughout his pro career and is coming off a decision loss to Matt Wagy at Conquer FC 4 in July.

Two men that give it their all inside the cage will square off, as James Foster takes on Jonathan Dubois. Foster (1-0) successfully made his professional debut at BFL 52 with a second round TKO victory against Herbert Moon. Dubois (1-9) has lost eight fights in a row, but will look to pick up his second pro victory in his first fight since April of this year.

BFL 53 goes down on January 13, 2018 from the Hard Rock Casino in Coquitlam, British Columbia. Other fights expected for the BFL 53 lineup are Jamie Smyth vs. Caio Machado, David Perron vs. Curtis Harriott and Hardeep Singh vs. Keegan Oliver.