Is It Time For Robbie Lawler to Hang Up The Gloves? 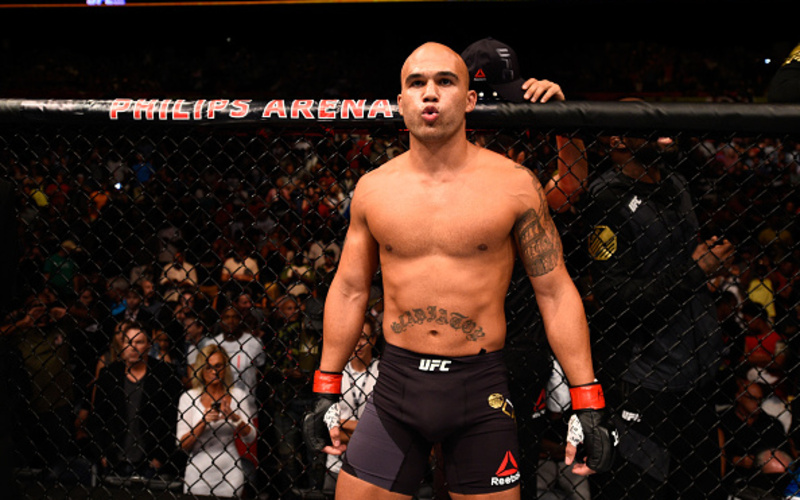 “Ruthless” Robbie Lawler is a legend of the UFC. His first fight for the company was back in 2002 at UFC 37. He’s the former welterweight champ. His second fight with Rory MacDonald is one of the best fights ever inside the Octagon. He’s assuredly a hall-of-famer.

But, sadly, there comes a time in a fighter’s career where they have to sit down and ask if continuing to fight will hurt your legacy.

Is It Time For Robbie Lawler to Hange Up The Gloves?

After being knocked out in the first round by Tyron Woodley, the current champ, Lawler took time off from fighting. With an entire year off, Lawler finally made his return to the cage. He fought fan favourite, Donald Cerrone, and won via unanimous decision. Something looked off that night but nobody said anything. He won and it was Cowboy Cerrone after all. This past weekend at UFC Winnipeg, Lawler was smothered by the former lightweight champion, Rafael Dos Anjos. In fact, Lawler failed to win a single round in the eyes of the judges.

Have a look at his post-fight interview:

Robbie Lawler will be 36 this March and he’s been in a fair share of wars. In his last six fights, he has not had an easy path. Split decisions to Johny Hendricks and Carlos Condit, that battle with Rory MacDonald, being knocked out in the first round by Tyron Woodley, a chess match of a battle with Donald Cerrone, and now a loss to Rafael Dos Anjos.

What does the future hold for Robbie Lawler?

Lawler has a lot of time to reflect. He can continue to fight at the highest level. He will continue to be a fan favourite fighter, but seeing his inevitable decline will be hard to watch. Fans tend to have the prime versions of their favourite fighters in their heads as they get older. Think Anderson Silva or Tito Ortiz. They don’t take into account the body finally giving out and being passed up by younger fighters.

Or Robbie Lawler can decide to have one or one or two more fights and hang up the gloves before the wars finally catch up with him. Just like MMAsucka writer, Tim Thompson said:

“Enjoy it while it lasts. Enjoy Robbie Lawler. He is a legend who is at the tail end of one of the best careers the sport has ever seen. When it ends, we don’t want to be the ones who took it for granted.”

Main Photo: ATLANTA, GA – JULY 30: Robbie Lawler prepares for the round to begin before facing Tyron Woodley in their welterweight championship bout during the UFC 201 event on July 30, 2016 at Philips Arena in Atlanta, Georgia. (Photo by Jeff Bottari/Zuffa LLC/Zuffa LLC via Getty Images)