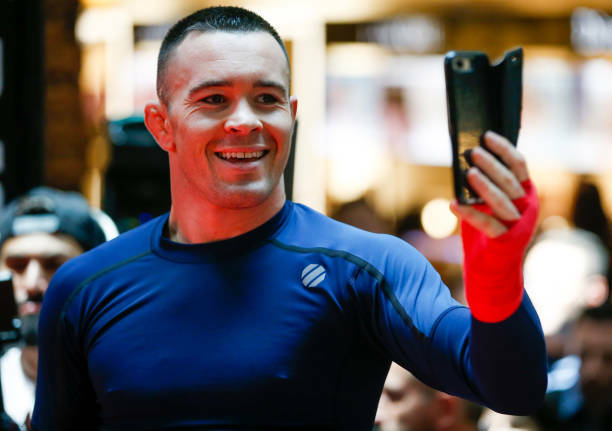 Colby Covington. It is a name that’s likely on wanted posters in Brazil. For fans of MMA, he is looked at as the antithesis of a fan favorite. He has earned these designations fairly, and with great effort (if you follow his Twitter account). Yet, is he truly a vile and despicable villain who has taken things too far? Or is he just the new evolution of sports promotion, in a culture that often prefers to turn the volume up to 100 to get recognition?

I get it, Covington is hard to like. His statements can be culturally insensitive, mean-hearted, and outright ridiculous. I have interviewed him, and truthfully, I liked the guy. He was fun, open and honest. Everything a journalist wants from a subject or guest. Then he went on Twitter and spoiled the end of Star Wars: The Last Jedi. Even this writer had to question his appreciation for the fighter after that. Not cool man!

The thing is, Covington isn’t necessarily a boogie man anomaly that is going scorched earth when it comes to decency. He is an evolution of an age-old style of fight promotion. In many cases, the dog that barks the loudest gets the attention. And attention often leads to making money, generally, if you can back it up. And at 13-1, coming off a win over the former number one contender, he backs it up.

Western culture—especially American—has always been about pushing the envelope when it comes to our entertainment. The fight game, time and again, leads the way in this theory. The industry has a long history of questionable promotion, especially from some of its most revered figures.

In the promotion for all three of their epic battles, the legendary Muhammad Ali repeatedly called Joe Frazier a gorilla and ugly. While seemingly tame today those lines were racially cold-blooded, and friends of Frazier have said it legitimately irked the fighter, and were part of why he held a grudge with his greatest rival to the day he died.

In 1967 he even called Ernie Terrell an “uncle tom” in the lead up to their fight. Those remarks may have been viewed differently because it was from one African-American man to another, but the comments were controversial nonetheless. Yet, how is Ali viewed today? He is an icon of American sports and culture.

In 2001, Bernard Hopkins enraged Puerto Rican supporters of Felix Trinidad when he threw the nations flag on the ground during a press event on the island. A near riot broke out that forced Hopkins to flee quickly with an entourage of security.

At the time the move was viewed as outrageous and crossing a national line. And it did, but Hopkins felt his motives were warranted after an instance where Puerto Rican fans booed the American national anthem during a fight between Trinidad and William Joppy. Plus, on a strategic level, he wanted to incense Trinidad during the fight. He got that, and it paid off as he finished him in the final round of their fight.

Though today Hopkins is seen as one of the greats of all-time, and Puerto Rican boxing fans as some of the smartest and most respected in the sport.

And then there’s Mike Tyson. After a June 2000 victory over Lou Savarese, his post-fight tirade included saying he was the best ever, likened himself to Alexander the Great, mentioned he would eat Lennox Lewis’ children, and finished things off with praising Allah.

Not to be outdone, in 2002 during a wild press event leading up to his fight with the aforementioned Lewis, he went on a mad rant at a brave soul sitting amongst the press and belted out the unforgettable line, “I’ll f*** you till you love me.”

Despite all of that, and some occasional ear biting, Tyson is looked at as a legendary fighter who is just a lovable and crazy guy many have warm thoughts about.

The point to all of this is that the fight game is a very weird place. Decorum is not an explicit necessity. It’s almost frowned upon by some fans. And fighters don’t always get the same sort of “loyalty to the jersey” dedication athletes in other sports get. A fighter is an independent contractor working hard to make fans consistently spend to see them.

Even with the marketing might of the UFC, this still holds true. Combatants have to build up their name much more than football, basketball and baseball players. Five-million dollar paydays in MMA are not readily available. Retirement funds are built on checks from name value, since there isn’t a union looking out for a fighters future.

Advancement of one’s name and brand only gets harder with each generation. Are entertainment driven culture has seen it all. Society is always looking for bigger, sexier, and wilder. There was a time when a once piece bathing suit, that went past the hips, was risqué swimwear. Then we evolved past that.

In the 1980s Cincinnati Bengals running back Elbert “Ickey” Woods really pissed the old-school NFL fans off whenever he broke out his “Ickey Shuffle.” Kids today would yawn at that display of showmanship, and it wouldn’t even make a highlight reel.

Heck, in MTV’s latest attempt to catch viewers who love a train-wreck of drunken youth, Floribama Shore started airing just in time for the holidays. Because, even the nonsense of the pop-culture moment that was Jersey Shore can be taken to the next level.

The depths Colby Covington goes (and they can be quite low at times) to drive fans mad are not the antics of a sicko with no soul. He is a man that fights in an era where the face of the UFC—Conor McGregor—can do few things wrong. The new UFC ownership continues to give its contracted fighters a lot of room to be themselves, with little to no ramifications. This includes McGregor, Fabricio Werdum, and Tony Ferguson having used homophobic slurs during very public events controlled by the promotion.

Covington is doing what many before him have done. Walk right to the edge of the cliff, and see how many more inches he can get in building his brand, or selling tickets. Imagine if Ali, Hopkins, or Tyson lived in the era of social media? Or even more ludicrous self-promoters like “Prince” Naseem Hamed, Hector Camacho or Ricardo Mayorga? The world is probably better off that those three didn’t fight in this time. 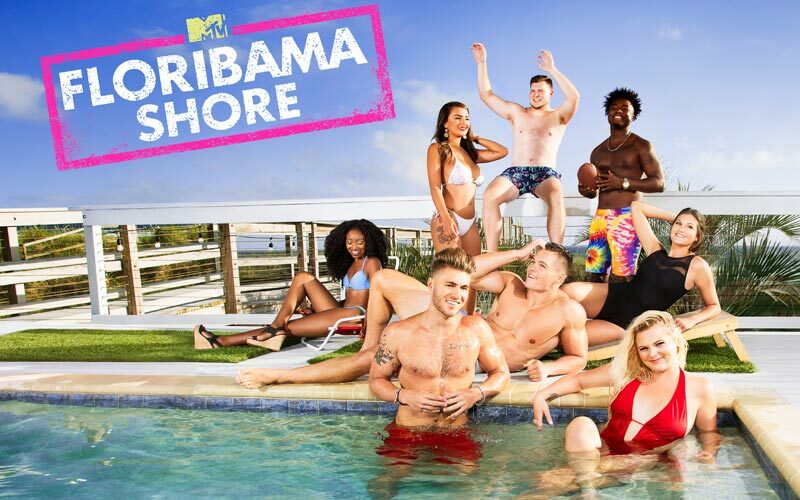 This is not about condoning any of Covington’s remarks. Fans have the right to be upset by whatever he says. However, in the world of fight promotion you have to take it about as seriously as a wrestling promo from WWE superstar John Cena. And pro-wrestling is an industry Covington is heavily influenced by. The proof being his recent working relationship with Impact Wrestling (TNA).

Yet this is what makes fight sports a unique form of entertainment. Covington works in a field where there’s a good chance he will get recompense for his verbal transgressions. The man could be knocked out cold, put to sleep, or outclassed by a better fighter as angry fans watch in glee. And that is what he wants, not the knockouts and stuff, but for fans to pay to see someone try to beat him up. It is an age-old form of fight promotion seduction.

If Covington were to say the things he does in the break room at an insurance firm, he’s likely to have a meeting with the human resources department. Maybe get fired, or possibly the outside chance of a tussle with a co-worker, but nothing for the upset masses to get to view. And isn’t seeing the “bad guy” get what he deserves, on a grand scale, the best form of entertainment?

Wild men like Covington, who have to back up their controversial statements are why we watch. This isn’t a team sport where his teammates lose along with him, and he may not get the proper receipt for his loathsome tactics. This is MMA, he will have to answer for every one of his actions at some point, and he’s fine with it. And in the case of his personal crusade against Tyron Woodley, if it gets him a title shot, then he welcomes it.

It’s ok to dislike Colby Covington, but also don’t take what he says to heart. He is the latest in a long line of individuals who, beyond any doubt, know how to expertly piss people off. Yet the sport needs him. We can’t root for every fighter to win.