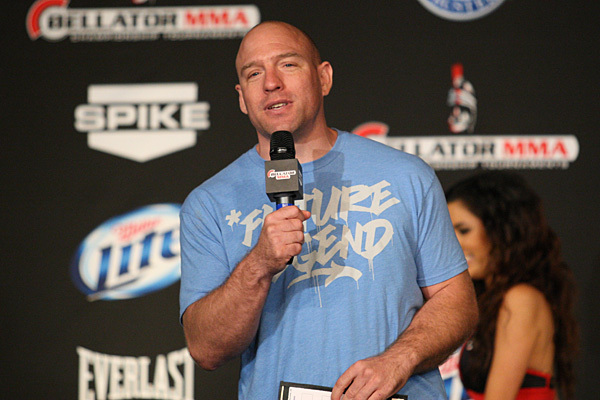 Long-time colour commentator and analyst for Bellator MMA, Jimmy Smith, has parted ways with the company.

Smith, who had a short pro career in MMA, had been with the company for nine years. Bellator and the Paramount network issued a press release on Thursday explaining the situation and stating that they “have mutually agreed to part ways”. Despite this, no reason for Smith leaving was given.

The statement also praised Jimmy for his “integral role” in the growth and success of the company. They then wished him the best for the future and said to expect details on their 2018 on-air team shortly.

“Jimmy is one of the finest combat sports announcers of our time,” the press release read. “He has played an integral role in the growth of Bellator as it has evolved into the successful global franchise it is today.”

We still are unsure of the reasons to why Smith has parted ways with Bellator. His quote in the statement mentions moving onto the next phase of his career but as to what that phase may be, we do not know. He did release his own quotes as part of the statement.

“I am very grateful to the entire Bellator organization and fans for an amazing and unforgettable nine years,” Smith stated. “As I move on to the next phase in my career, I want to wish all of the fighters, producers, and Bellator staff the absolute best.”

One thing we do know is that Jimmy Smith has been a big part of Bellator’s history and will not be forgotten.

We wish him the best in whatever he decides to move onto next.