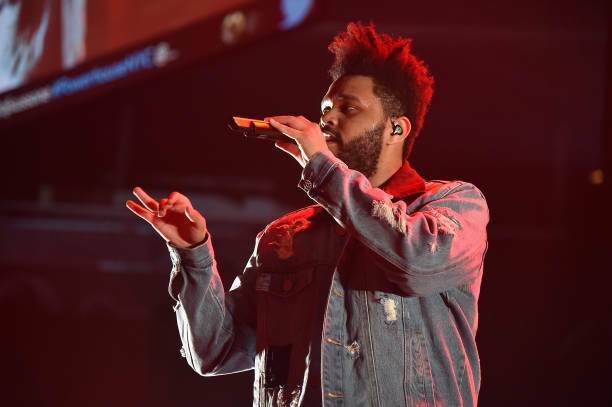 The new year is upon us. It’s 2018 and instead of doing the typical “Five Fights That Need to Happen, Bro!” list, (SPOILER ALERT: Stipe Miocic vs. Francis Ngannou is on it) I wanted to do something a bit different. I wanted to ring in the new year with five new entrance songs for fighters.

Well at least for a few months Ferguson was the fighter we most wanted to see battle current UFC Lightweight Champion Conor McGregor. Remember McGregor? He used to fight in the UFC, then made a couple dollars fighting in a boxing match.

Ferguson’s trash talking game went from cringy, to cringy AF, and we thought it was going to happen.

Anyways, we were all excited to see the two fight to unify the belts. The smack talking got super intense when they started sharing Grand Theft Auto memes on Twitter. Ferguson’s trash talking game went from cringy, to cringy AF, and we thought it was going to happen. Then UFC 219 happened. Enter Khabib Nurmagomedov. Nurmagomedov looked flawless and he made weight easily. He absolutely dominated Edson Barboza.

More importantly, he made us all forget about the title unification fight and beg for McGregor/Nurmagomedov in Russia. Sorry Ferguson, all you are is dust in the wind. YOU’RE MY BOY, BLUE!!!!
(Honestly, all jokes aside, we all know Nurmagomedov and Ferguson will fight before the Irishman comes back.)

Damnit, George! How could you do this to us? I thought we had something special. You came back into our lives, had us believe you were serious and then ghosted us. This isn’t Junior Prom, St-Pierre! You can’t do this to us.

Look, I’m a realist, and I truly understand why you took that match. I also understand that you probably don’t want to fight any of those other stud middleweights that were chomping at the bit to get to you. Maybe you don’t even want to risk that beautifully sculpted jaw line against Tyron Woodley. That’s understandable, but dammit George!

Look, I’m a realist, and I truly understand why you took that match.

There are some appealing fights at 170 that we would love to still see. Hello, Donald Cerrone? I hope you get your pooper fixed-up and we see you in the cage again.

Do you guys know the feeling of having a smoking-hot girlfriend and losing her in front of the world? Yeah, me either. I’m an MMA journalist. I’m one unpublished article away from my parent’s basement.

Bryan Caraway, on the other hand, was the source of much much envy for getting to share his life with Miesha Tate. He seemed like he was on top of the world. Smoking-hot girlfriend, and a smoking-hot MMA career. Now the only time we can see him is on a milk carton. And even worse for him, Tate posted her pregnancy announcement on New Years with fellow fighter Johnny Nunez. As the Twitter world says, “My thoughts and prayers are with you.”

Bryan Caraway, on the other hand, was the source of much much envy for getting to share his life with Miesha Tate.

“It’s too late to apologize, it’s tooooooooooo late.” Jon “Bones” Jones, you monster! How could you?! Look I’ll give you a pass for the gas station d*** pills. They’re fun. I get it and I gave you the benefit of the doubt. Plus I stood up for you. I told my friends, male and female, not to knock those pills until they tried them.

So then you finally came back to the cage. You and Daniel Cormier sold a great fight. I bite the bullet and order the fights, and tell my friends to pitch in five dollars. No friends ever pitch in that money, and instead they just drink all of my beer.

That night though, I didn’t care. You made me happy and made me believe in second chances. I bought a gas station d*** pill to celebrate! Before I even lost my 48 hour boner, news came out you failed another drug test. NOOOOOOO! Don’t feed me anymore excuses. Now some wild rumor is floating around your blowcaine might have been mixed with creatine, and that’s why you popped. You should have just been on a bread and water diet so there was absolutely no chance of a failed test. Oh well. It was a fun 48 hours.

Look I’ll give you a pass for the gas station d*** pills. They’re fun. I get it.

I don’t think I even have to give an explanation. That knock out he received from Francis Ngannou was the most brutal KO I’ve seen since the Rocky and Ivan Drago days. It looked like some Rock ‘Em Sock ‘Em Robots type s***.

How his head stayed attached to his body is beyond all of us. I’m sure he felt Miocic tap at least 30 times in that one punch. I think the only fair thing to do after that would be to let “Reem” back on the juice and give him an immediate rematch the same night after Ngannou fights Miocic.